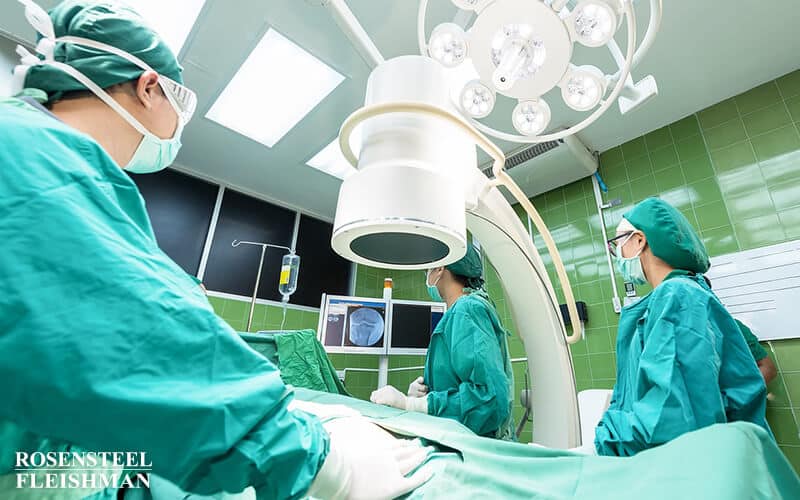 Honoring Loss: When To Sue For Medical Malpractice

A little girl named Reagan lived only two years, two weeks. Born in Goldsboro, she suffered severe and permanent injuries, related to her birth. The major presenting medical condition was called shoulder dystocia. This condition can, and in Reagan’s case did, severely delay the birth cycle. This delay probably included interference with Reagan’s oxygen supply, and a medical malpractice lawyer helped the parents in their struggle to deal with Reagan’s death.

As a birth progresses, the shoulders ideally bypass the mothers pelvis, which in turn allows for natural passage along the birth canal. There is a medical instance (dystocia), which sometimes occurs, if the child’s shoulder accidentally braces or lodges against the mother’s pelvis. Because this is an unusual, but hardly rare presenting event in birth, there are techniques to dislodge the shoulder and speed delivery. Alternatively, medical practices in some hospitals or areas call for minimally delaying the birth and opting for cesarean delivery. Whatever the prevailing community practice in Johnston County, or best-known options, became an important question in this case.

The parents’ medical malpractice lawyer attempted to qualify an expert in a trial for malpractice against the doctor and the clinic. The heart of the argument was that it was negligent not to have addressed the dystocia, and that the harm and eventual death of Reagan was a direct result of this faulty decision.

II. Ruling:  A Judge Out of Order

Trial courts generally get a lot of discretion in terms of how to qualify or allow expert testimony. The medical malpractice lawyer conceded that the test is usually whether or not a trial court judge has “abused” that discretion. This case was somewhat different, inasmuch as the trial court judge had relied on what’s called rule 702. The trial court judge had concluded that the proposed medical expert was simply unfamiliar with Goldsboro community standards under Rule 702, and couldn’t apply a local standard of care. Instead of being flexible or garnering facts in open court about the expert, the judge insisted that the medical expert could only apply a “national standard of care.”

… are critically important factors in setting a legal bar for what is or is not medical malpractice standard in a specific community. Courts have long recognized that the standard of care in the community may allow for certain access to varied quality of care, with wide variations, from place to place. A medical malpractice lawyer is keenly aware of these specific, location-based analyses.

One notable example of similarity between communities was what was called the Zavanelli maneuver. This now well-known technique was developed specifically to address dystocia. Even better, the procedure has been credited with a 92% success rate. Evidence would have been presented to trial that this maneuver was not employed in Reagan’s case. There is little doubt but that the medical malpractice lawyer had sufficiently acquainted the record with the prevalence of this technique in the specific situation. This level of expertise by a medical malpractice lawyer is why it is essential to seek an attorney with subject specific experience in malpractice.

The Supreme Court was clearly troubled by why the parents’ doctor was prevented from testifying about this common medical process or procedure. Even more worrisome, was why the trial court had not allowed an opportunity for the parents’ medical malpractice lawyer to prove that this was indeed a technique commonly used in places such as Johnston county.

The sole expert witness in this case was an obstetrician from Phoenix, Arizona. The doctor’s own attorney even stated on the record that he did not “dispute Dr. Elliott’s other qualifications.” Instead, the defense argued that Dr. Elliot may not have “sufficient familiarity with the standards of practice” in Goldsboro, or similar communities. The problem with this argument was quickly pointed out by the medical malpractice lawyer. Simply suggesting that a doctor “may not have” sufficient familiarity, is hardly determinative or proper grounds for dismissal. The proper process was certainly to give both sides an opportunity to ascertain actual qualifications. The medical malpractice lawyer for the parents in this case pointed out that instead of the judge mechanically relying on Rule 702, there was a different approach that should’ve been applied. The test to be applied actually, in its turn, is more comprehensive than a simple mechanistic approach or geographic mapping of local versus national. The medical malpractice lawyer successfully argued that there were three specific tools that should’ve been used at the trial level.

First, the medical malpractice lawyer insisted that the judge should have looked at the doctors methodology. Secondly, the court should’ve looked at the specific qualifications of the proposed expert. Third, the court should’ve been in a better position to judge the relevance of the doctor’s proposed testimony. The Supreme Court agreed with the medical malpractice lawyer that the three analyses noted above should have been used. The trial judge acted too hastily in concluding that the Phoenix expert was not qualified to speak to local north carolina standards. The Supreme Court agreed with the parents’ medical malpractice lawyer, and ordered that the trial court to reopen the case to evaluate this doctors expert opinions. Reagan’s case was going to be heard.

It’s almost impossible to understand the grief of losing a child. Perhaps just as deeply, desperately seeking to somehow address some measure of justice. Obviously, even this struggle doesn’t balance against the weight of a parental loss. But malpractice suits like this…perhaps, sometimes may achieve justice: and possibly stop it from happening again.

So, if you, a family member or a loved one have been hurt in a medical or health care setting—or have questions about insurance claims or need help related to counseling malpractice, or involving related claims or your legal rights or hearings, please contact us.  You will speak with a medical malpractice lawyer who can best answer your questions.  There is never a fee for this initial consultation.