Even Businesses Fight for Insurance Coverage 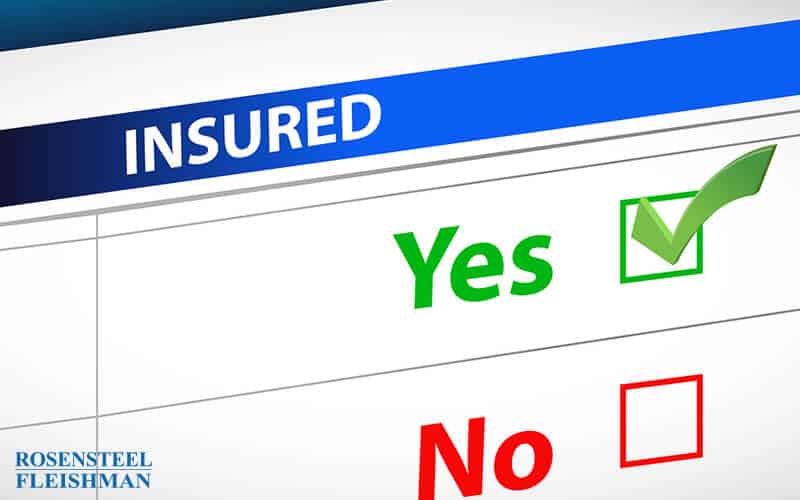 The nightmarish impact of Hurricane Florence goes on, with worries over chemical and hazardous waste breaches caused by the extensive flooding. Hazardous waste, and especially hazardous waste cleanups after a spill, can be a death knell for some businesses. If these spills occur outside of the normal scope of activities for a business, it’s a fairly reasonable assumption that general liability insurance may help protect that business from enormous, unaffordable losses. Otherwise, if insurance coverage fails, it may mean a virtual death sentence for a business. Getting this cooperation from an insurance company often can happen only with the help of a qualified premises liability attorney.

A north carolina construction company, Spangler, based in Mecklenburg County, gives us an interesting case study of insurance and fires--and how a specialist trial attorney in the area of premises liability may be one the heroes in recovering after a fire.

Spangler opened business and successfully operated at a site in Charlotte for many years. Spangler decided to sublease part of the company to a chromium plating operation: that company was named Dynatech. A year after Dynatech moved onto the site, a fire broke out, and wreaked havoc and destruction too much of the site. The damage included 625 gallons of a liquid solution which held over 1,000 pounds of chromic acid. In fighting the fire, Charlotte City firefighters washed the acid into a large open pit, which was in the interior of the building. It was almost a decade later that the Mecklenburg County Environmental Health Department notified state officials that chromium was at the site and presented a possible cleanup hazard. Further state investigation found violations of various North Carolina laws; Dynatech was told of its obligation to mitigate. After doing an initial investigation, Dynatech removed some contaminated soil. Within a few months of starting the cleanup, however, Dynatech also left the site.

Concerns about the chemical spill spread to possible off-site contamination. As the damage estimates continued to mount, Spangler found itself on the hook for an enormous amount of money to comply with the environmental cleanup orders from the State. In talking with a specialist in premises liability law, that trial attorney advised Spangler cleanup damages and out-of-pocket costs to remedy should be covered by Spangler’s insurance policies.

But the insurance company refused paying for the cleanup. It claimed to have no responsibility to cover these kinds of natural resource mishaps under its “property damage” coverage. Because of the potential enormous costs of these cleanups, these could be make or break or even bankruptcy issues for any small business. This was a hard fight, which ultimately the business owner (working with a well-qualified premises liability attorney) took to the Supreme Court of North Carolina in order to win.

There were two very important fact patterns that came into play in this case. First, was defining the role of North Carolina’s state environmental protections themselves. That involves some complicated analysis and explanation by the premises liability attorney as to what the “sovereign” status of the State is, in protecting public natural resources. Second, does the type of environmental, soil and water damage that occurred at the Charlotte premises constitute “property damage” under most types of general liability insurance? Though these facts overlap, we need to look at them separately to see how the premises liability attorney built and won the case against the insurance company.

Almost all Americans know the history of how the Colonies split free from British rule[1]. Most Americans, however, are very surprised to find out about modern legal rules use terms such as “sovereign” and “rights of the government.” Sometimes, these rules are talked about in terms of police powers. These police powers (which usually have nothing to do with what people think of as ‘police’) may apply to issues such as zoning, or other issues of regulation that are of particular specialization by premises liability lawyers and trial attorneys. In this case, the North Carolina Supreme Court had to wrestle with very specific issues about why or how the Sovereign State of North Carolina had authority to establish rules regarding environmental quality.

If the State of North Carolina only had some abstract responsibility to pass rules and regulations, this would have weakened the premises liability attorney’s arguments that North Carolina’s environmental rules were orders that were valid measures of property damage themselves. You can think of it this way: the chromium poisoning into the water table didn’t just occur precisely according to the property description. Investigations by the State showed that there were serious concerns about these contaminants reaching public water supplies as well and posing a public health risk. The court noted other cases from around the country to emphasize this. Runoffs from upstate can harm the Mississippi River; smelter discharges in South Carolina can impact air quality hundreds of miles away. Other courts in those cases agreed damages to public interest were real property damages and certainly well beyond a specific, limited business location.

After the Supreme Court accepted the arguments of the premises liability attorney on the validity of North Carolina’s sovereign rules regarding waste cleanup, the next crucial issue was if the insurance policies wording would cover the specific type of damage to public property.

This final question didn’t turn on historical notions of state sovereign rights and public interests in clean water and land. Covering a fire is one thing. The business was closed for repairs. A chemical spill? The North Carolina Supreme Court listened to the premises liability attorney’s arguments about the plain language of the insurance policy itself.

“(1) physical injury to or destruction of tangible property which [sic]

occurs during the policy period, including the loss of use thereof at

any time resulting therefrom, or (2) loss of use of tangible property

of use is caused by an occurrence during the policy period.”

Spangler’s premises liability attorney argued that the “cleanup damages” to public interest in clean water and quality should satisfy a clear and plain language standard. The insurance companies argued that damages meant only if compensation or damages were to be given to a third-party (not a sovereign or general public interest) in an action for injuries.

The North Carolina Supreme Court appears to have strongly agreed with the business owner’s premises liability attorney: you can’t have your cake and burn it too. In other words, the Court actually said, insurance companies couldn’t fight so hard to protect their monetary interests without acknowledging that an economic loss had occurred. In every real sense, these economic losses were tied to the property damage itself, and not some merely vague and detached rules mandated by the State. To reason otherwise would be to implicitly argue that State rules on hazardous cleanups were either always suspect or even invalid on their face. The Supreme Court used its power to apply rules of construction to apply plain language to reach their decision.

There were several interesting, unique twists in the Spangler case. One factor that may or may not have had a major impact wasn’t directly addressed: Spangler itself was actually operating on a 20-year lease. One company actually vacated the site after the fire. Without a reasonable expectation to be able to pay for State environmental rules, those rules would have much less value (or teeth) in protecting the public. It’s important to talk with a qualified specialist in premises liability law. Variations in local rules, matched with specific provisions of leases and insurance, will be crucial in protecting your business interests. If you believe you have wrongly been denied coverage under your insurance policy contact us today.  You will speak with an expert in premises liability/ insurance, who can best answer your questions about how your property claims, zoning, or waste cleanup may be best addressed.  There is never a fee for this initial consultation.

[1] And, every North Carolinian should know about the victory at Moore’s Creek Bridge: six weeks after which, a committee of Patriots met in Halifax, to make the very first Colony’s call for Independence.