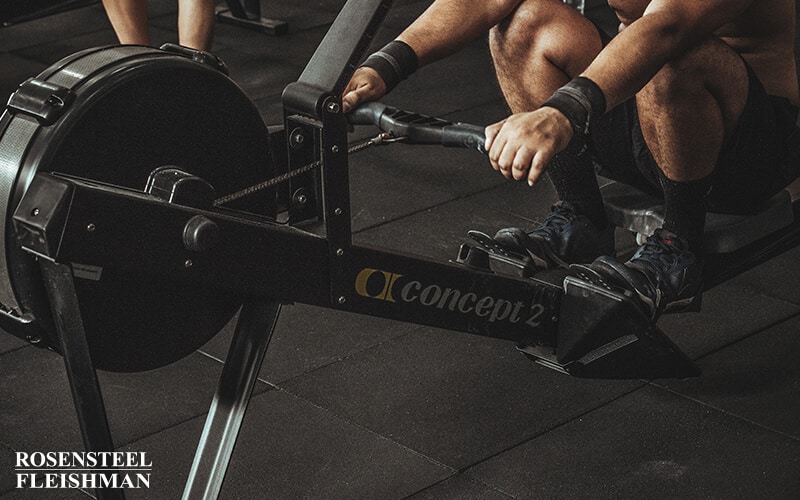 People from outside of the state don’t always immediately associate hockey with North Carolina’s mild climate. In fact, though, a lot of North Carolinians take their hockey very seriously. Probably owing to its culture of lost teeth and accidents, you might think it should happen often: a personal injury lawyer getting involved in some of the mayhem on ice—mayhem that’s pretty common. Once in an important while, hockey does need a personal injury lawyer. One homegrown example of hockey passions resulted in some serious personal injuries, and even an international lawsuit. It was a December game, at the old Triad Arena in Greensboro. An out-of-state man, named Bernick, playing for Georgia Tech, was on the ice against players from home team Wake Forest Ice Hockey Club.

II. The Scope of Injuries

Amounts of potential damage done on ice cannot be easily overestimated. When someone is using a hockey stick, swung from 4 or 5 feet off the ice, it’s understandable just how dangerous the sport can be. Yet, a personal injury lawyer who is experienced will actually develop the facts of whether or not an injury was necessary. The extent of these injuries can sometimes be one of the prime indicators of anyone’s motive, or potential negligence. For example, most people are surprised to learn that although hockey is regarded as among the most dangerous of sports, personal injuries by confrontations and fights actually made hockey one of the safest of sports, percentage wise. Since the 1990s, however, for a variety of reasons, personal injury lawyers have noticed that hockey injuries have again been on the rise.

Bernick’s injuries were extensive. The blow from the hockey stick landed between his lips and nose, according to evidence presented by his personal injury lawyer. The mouthguard shattered on impact. His upper jaw fractured. He lost three of his teeth, totally…shattered in pieces onto the ice. A part of a fourth tooth was also broken. The immediate result was that the Wake Forest player, Jurden, got a 10-minute penalty. Although the penalty may not seem like much to a non-hockey player, it removed that offending player from the game…and later, in the hands of Bernick’s personal injury lawyer, also indicated the severity of the blow.

III.   Money Where the Mouth Is

Given the shattering destruction to the player’s mouth, it was fair to ask: whether the mouthguard was being used in a way that the Canadian equipment company could have reasonably foreseen? In fact, the personal injury lawyer had evidence of an express warranty for the mouthguard’s safety. The precise language used by the company was: “maximum protection to the lips and teeth.”

Here’s where we begin to get into the interesting legal arguments by Cooper, who manufactured the mouthguard. Cooper argued that there was no warranty to the player. First, the company argued that the player had not even purchased the mouthguard. Indeed, the personal injury lawyer admitted that the mouthguard had been purchased by the player’s mother. The counter-argument by the personal injury lawyer on this point was persuasive. The lawyer argued a warranty existed regardless of whether or not the player had purchased the goods. The warranty was on the goods, and not purchased separately. Next, Cooper received an honest response from the player: no, he had never even read the warranty. Once again, however, the Supreme Court agreed with the player’s personal injury lawyer. The warranty, and even the understanding of the warranty, existed beyond the knowledge (or privity) of the player himself. The personal injury lawyer pointed to the Company’s extensive hockey catalog ads…even guides provided for parents, to encourage them to purchase the goods based on safety considerations. In fact, the court went so far as to note that the purchase of a hockey mouthguard “by a mother for her son’s use while playing” was probably also part of reasonable expectation by Cooper.

Cooper still had one last, very interesting argument. That is, did the criminal conduct of the hockey player void the warranty? There were two different results on this issue. First of all, the Supreme Court noted that there was not enough evidence gathered in the trial. The lack of evidence on this point made it tough to decide whether or not the criminal conduct shielded Cooper from liability. This issue was sent back for further fact–finding. On the other hand, the high court was very comfortable in noting that privity (a direct, connect-the-dot relationship) was no longer a general requirement for an injured consumer. If the warning or advisory labels induce use, that is the start of showing a warranty. In short, a personal injury lawyer now generally has an easier job in establishing breach of warranty by showing a product is defective.

A well-qualified personal injury lawyer is going to look at what rules of law apply. For a multiple-location case like this, involving people and an international company… all from so many different places, experience in your personal injury lawyer is vital. In many ways, the most important selection was how to apply law for the shattered mouthguard. It had actually been purchased in Massachusetts. Eventually, the court decided the key was whether or not the mouthguard – at the time of its shattering – had an “appropriate relationship” to the state of north carolina. If yes, then under the meaning of North Carolina laws, North Carolina law would apply to warranty claims. The other two choices would be where the mouthguard was manufactured (Canada) or purchased. Aware of this set of differences, a personal injury lawyer will often point out that the location of the accident is the major issue. In support of that argument, a personal injury lawyer will often note that a company, such as Cooper’s, is also very aware of the fact that its goods are going to be distributed all over the world. Additionally, it’s hardly surprising that a hockey mouthguard ends up at a hockey game…

The Supreme Court never did take notice of who won the game between Georgia Tech and Wake Forest. Since the lawsuit, of course, a lot of people all over the world have now heard good things about the Wake Forest ice club. Sometimes, the rules are made because of mistakes. Even the way a game is played can be changed because of the advocacy of a personal injury lawyer.

If you, a family member or a loved one have been hurt in an accident related to poor safety designs, player malice or bad engineering or management of a sports facility, please contact us. You will speak with a personal injury attorney/ lawyer who can best answer your questions.  There is never a fee for this initial consultation.