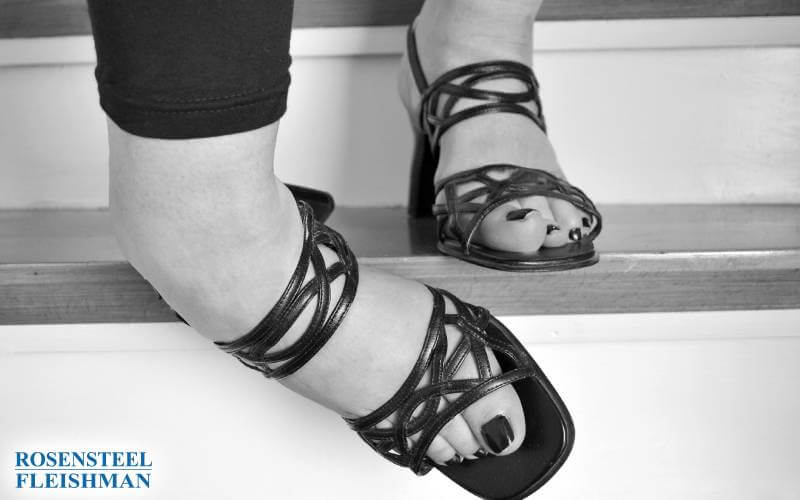 Cutting Edges: When Harmed By Design

Lingering pain is something that most people try not to think about. This often leads someone, who has a fairly serious injury, to wait too long before seeking the expert legal help of a personal injury lawyer. In the case to be discussed here, this dangerous delay has special implications, because the injury occurred not only on vacation, but while a family was visiting at the home of friends. That the injury also happened to occur to someone who normally lived in North Carolina, while on vacation in Florida, made it even more important to work with an experienced premises liability lawyer. The case was so complicated by these peculiarities and wrinkles that the case was finally settled only after being heard by the North Carolina Supreme Court.

As noted, cases of lingering pain often don’t become recognized as permanent or even disabling until weeks or months later. So, it was well after the vacation had ended that the person who had been hurt in Florida finally realized how serious this injury was. Back home in North Carolina, and receiving extended medical care for the injury, was enough to convince the person that it was important to seek the help of an experienced premises liability lawyer. First of all, were the mounting medical costs themselves and the worry that this injury could be permanent. Second, is the principle of the matter: seeking expert help from a personal injury lawyer often helps cure a common defect and saves other people from going through the same injury.

The Boudreau family was in Florida, visiting from North Carolina. Mr. Boudreau may well have admired the chrome-plated, tub-style chair in their friends’ home. The admiration did not last. He had uniquely injured his foot on the metal surface of the chair. His bare foot was resting on the tub edge, and slipped into the metal. He severely damaged his foot before the families managed to free him. He eventually obtained the help of an experienced premises liability lawyer, which based the lawsuit – including for punitive damages – on the negligent design as well as breach of implied warranties. These warranties are reasonable expectations, or promises, that normally apply to use of an item such as a chair. The premises liability lawyer also added an element of liability for “injecting an inherently dangerous” product “into the national stream of commerce.”

There is a tendency for each of us to think of North Carolina as home, and that’s the best place possible to bring the suit. In reality, these are the basic decisions that need to be reviewed with a qualified premises liability lawyer. They will be able to evaluate both what is appropriate in terms of saving time and frustration. This particular case raised issues, obviously, as to what state laws need to apply, and if the lawsuit should be brought into North Carolina. The premises liability lawyer was clearly confident in applying North Carolina law in several aspects of the case, including jurisdiction over the manufacturer.  But there were other areas in which it was important to try and apply Florida law: one area was in the period of repose or the statute of limitations for after the manufacture of a product. Florida is much more liberal than North Carolina when it comes to allowing a longer timeframe for a defective manufacturing lawsuit.

One of the greatest phrases in areas of premises liability that a lawyer can address is called “strict” liability. The word suggests that there is such an error and danger or poor design in something that there should be no excuses or escape from paying foreseeable damages. This need to “be strict,” if you will, was a revealing part of the argument presented by the premises liability lawyer in this case.

The chair designer argued it had done nothing wrong. In fact, the designer attempted to stress that any safeguards to the chair would only have had the effect of making it less attractive (in the designer’s opinion). On the other hand, the premises liability lawyer effectively pointed out that being barefoot in our Southern climates is “very common.” In homes, especially, it makes sense to expect bare feet to come into contact with furniture. This means cuts to bare skin need to be anticipated by designers.

The premises liability lawyer had also researched the possibility of making clear plastic guards to prevent exactly these kind of cuts. Finally, the attorney had contacted the manufacturer’s plant supervisor for his opinion about whether or not the chair could’ve been safer? Confronted with the fact that similar chairs have had edge guards added to them in the last few years, the plant supervisor defensively responded: “a little sharp edge anytime you’re dealing with metal in this thickness” (will always be there.) This testimony was pivotal to the court. In reviewing it on appeal, the justices responded that “a sharp edge is a manufacturing defect.”

The premises liability attorney had insisted that the designer had a basic duty to use reasonable care; the fact that people were barefoot was also reasonably foreseeable. This translated into the North Carolina Supreme Court reversing the trial court’s premature dismissal of the case.

If you, a family member or a loved one have been hurt in someone else’s home or in a business location away from home—or have questions about a prior or recent accident now causing you pain, please contact us.  You will speak with a premises liability or negligence attorney who can best answer your questions about how your case or condition.  There is never a fee for this initial consultation.