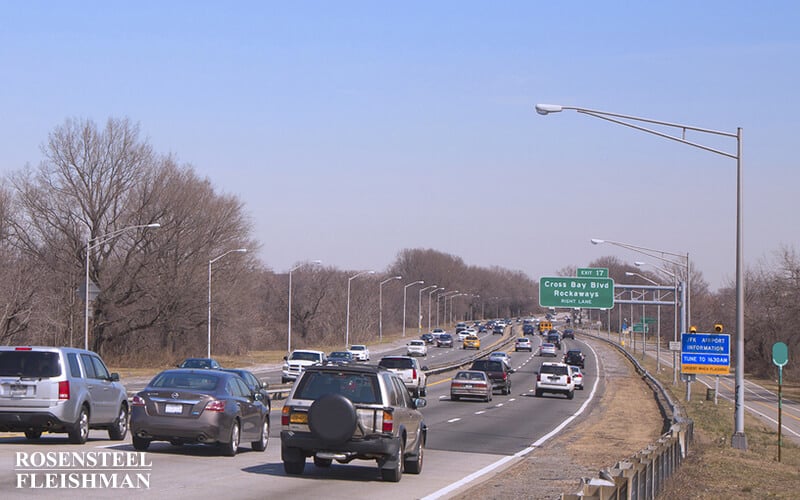 The Charlotte Observer reports that a portion of westbound I-40 in Burke County was closed for several hours after a pickup truck collided with a construction worker in a work zone early this morning. Three construction workers were working on repaving a bridge on I-40 shortly before 2:30 a.m., when the pickup truck left its lane and drove through the construction cones, striking the workers. One worker was pronounced dead at a hospital in Morganton. Another worker was taken to Carolinas Medical Center in Charlotte with injuries that were described as not critical. The third worker was hit by debris and not seriously injured. The driver of the pickup truck stayed on the scene of the accident. Although the driver did not exhibit any signs of impairment, he was given a blood test as part of the standard protocol. According to the Charlotte Observer article, one trooper at the scene of the accident believes that the driver fell asleep, although the accident is still under investigation. No charges have been filed yet, and troopers will work with the district attorney to determine what charges should be filed, if any.

This incident highlights the importance of work zone safety. According to a NCDOT work zone fact sheet, there were 11 work zone fatalities in 2009, and more than 4 out of 5 of these fatalities were motorists. The fact sheet reports that more than half of all work zone crashes are caused by speeding and distracted driving. The Charlotte Observer article reported that the troopers had been strictly enforcing the law in the work zone in Burke County, and one trooper had issued over 100 tickets for speeding in one week. Because speeding in a work zone can have drastic consequences, North Carolina statute provides that it comes with a much higher penalty than an average speeding ticket, in an effort to deter motorists from this behavior. G.S. 20-141(j2) provides that

A person who drives a motor vehicle in a highway work zone at a speed greater than the speed limit set and posted under this section shall be required to pay a penalty of two hundred fifty dollars ($250.00). This penalty shall be imposed in addition to those penalties established in this Chapter. A "highway work zone" is the area between the first sign that informs motorists of the existence of a work zone on a highway and the last sign that informs motorists of the end of the work zone. The additional penalty imposed by this subsection applies only if signs are posted at the beginning and end of any segment of the highway work zone stating the penalty for speeding in that segment of the work zone. The Secretary shall ensure that work zones shall only be posted with penalty signs if the Secretary determines, after engineering review, that the posting is necessary to ensure the safety of the traveling public due to a hazardous condition.

The Charlotte Observer article, however, does not indicate that excessive speed was a factor in this morning’s accident. One trooper stated that he believed the driver might have fallen asleep. As a result, the driver left his lane, ran through the construction cones and collided with the workers. Although criminal charges have not been filed, let’s put aside the driver’s criminal liability and look at his potential civil liability should the injured workers file an action for damages.

“As a general rule, every motorist driving upon the highways of this state is bound to a minimal duty of care to keep a reasonable and proper lookout in the direction of travel and see what he ought to see.” (Holbrook v. Henley, NC App 1995) This duty to keep a lookout extends to pedestrians on the side of a roadway. G.S. 20-174(e) states that “every driver of a vehicle shall exercise due care to avoid colliding with any pedestrian upon any roadway.” This statutory provision applies to “any pedestrian upon any roadway,” and it is arguable that a motorist would need to exercise even greater care to avoid colliding with construction workers whose presence is warned of by signs approaching the work zone. Therefore, the driver should have seen the construction workers and exercised due care to avoid colliding with them.

Furthermore, the driver left his lane of travel and went through the construction cones which meant that he violated another statute enacted for safety purposes, G.S. 20-146(d)(1), which states that

A vehicle shall be driven as nearly as practicable entirely within a single lane and shall not be moved from such lane until the driver has first ascertained that such movement can be made with safety.

The violation of a statute enacted for safety purposes makes a driver negligent per se. A violation of the statute establishes that the driver has breached his duty to exercise reasonable care and all that must be proven is causation.

What about the possibility that the driver fell asleep while driving? Does this behavior equate with “willful or wanton conduct” which would permit an injured party to collect punitive damages?  G.S. 1D-5(7) defines “willful or wanton conduct” as “the conscious and intentional disregard of and indifference to the rights and safety of others, which the defendant knows or should know is reasonably likely to result in injury.”

The north carolina Court of Appeals has stated that

The court of appeals went on to state in Marsh v. Trotman that “merely inadvertent” behavior such as “dropping off to sleep” did not give rise to willful and wanton conduct. In a later care, George v. Greyhound Lines (2011), the court extended this reasoning to conclude that “inadvertent driver error caused by falling asleep behind the wheel by itself does not support an award of punitive damages.” However, the court implied that if the bus driver in George had intentionally failed to get sufficient rest before beginning his bus run, he might have “acted with a ‘deliberate purpose’ not to discharge any duty imposed by” a safety regulation prohibiting driving the bus while fatigued and therefore acted willfully and wantonly.