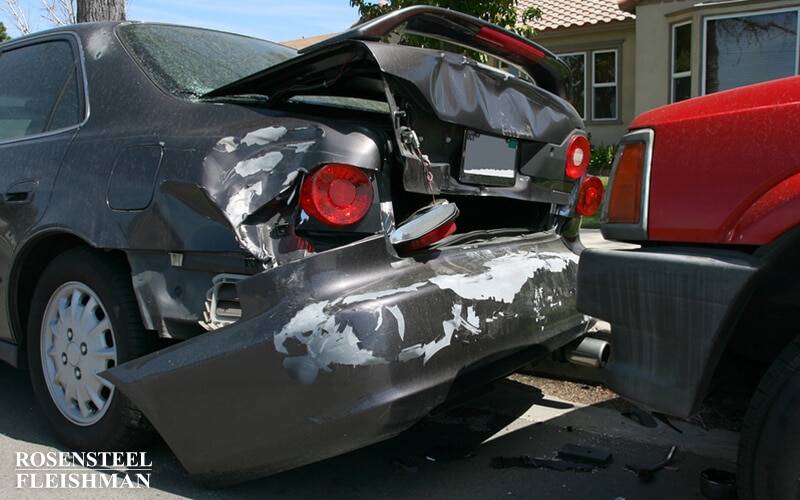 Bruce Jenner, former Olympic athlete turned reality TV star, was involved in a fatal car accident over the weekend. The details of the accident are still being investigated, but CNN.com reports that the accident occurred shortly after noon on Saturday. The chain of events began when a Toyota Prius suddenly slowed down or stopped, which caused the Lexus behind it to rear end it. Jenner, who was driving a Cadillac Escalade and hauling an off-road vehicle, was behind the Lexus, and after the Lexus hit the Prius, he rear-ended the Lexus. The Lexus was propelled into oncoming traffic, where it was then struck by a Hummer H2. The driver of the Lexus was killed. Seven other people were injured in the accident, but Jenner was not one of them.

All drivers involved, including Jenner, are cooperating with the police. Jenner submitted to a field sobriety test at the scene of the accident but there has been no indication so far that alcohol was a factor. Police have also indicated that they intend to look at the cell phone records of the drivers involved to determine whether distracted driving was an issue in causing the accident. Initially, there was speculation that a paparazzi chase might be to blame for the accident, but although Jenner was being followed by the paparazzi at the time of the accident, it does not appear that he was trying to outrun them.

Although the criminal investigation of the accident is still ongoing, the accident leads us to consider who would be at fault in a civil suit for damages in a multi-vehicle rear-ending accident such as this one. A claim for damages is based on the theory of negligence. To collect damages for injuries sustained in a car accident, an injured person must prove that another driver failed to comply with a duty to exercise reasonable care and that this failure both actually and proximately caused the injuries.

Typically, in rear-end accidents, the following driver is at fault. This is because all drivers on the road have a duty to follow other cars with enough distance to avoid hitting them should they stop. north carolina statute G.S. 20-152(a) provides that “[t]he driver of a motor vehicle shall not follow another vehicle more closely than is reasonable and prudent, having due regard for the speed of such vehicles and the traffic upon and the condition of the highway.”

So for example, suppose Al, Bob, and Carl are driving their cars in a line on the road. Al is first, then Bob, then Carl. Al stops his car suddenly, and Bob rear-ends him. Carl then rear-ends Bob. In this scenario, Bob and Carl were not following with enough distance to allow them to avoid hitting the car in front of them. Therefore, Bob would be liable to Al for damages, and Carl would be liable to Bob for damages.

But what if when Al stopped his car suddenly, Bob is able to stop in time. Unfortunately, Carl is not able to stop before colliding with the back of Bob’s car. This collision then pushes Bob’s car forward and causes Bob’s car to collide with the rear of Al’s car. In this case, Bob was following with enough distance to avoid hitting Al’s car when it stopped, but Carl was not following with enough distance to avoid hitting Bob. Therefore, Carl would be liable to both Bob and Al for damages.

Does the rule that a driver must follow other vehicles without enough distance to avoid hitting them mean that the driver behind is always at fault for rear-end collisions?  Not always. Some states have a rear-end presumption, where the fact of a rear-end collision can allow a jury to infer negligence on the part of the following driver. However, this presumption can be rebutted by evidence showing negligence of another party.

The relative duties automobile drivers owe one another when they are traveling along a highway in the same direction are governed ordinarily by the circumstances in each particular case. Ordinarily the mere fact of a collision with a vehicle ahead furnishes some evidence that the following motorist was negligent as to speed, was following too closely, or failed to keep a proper lookout. This is, however, by no means an absolute rule to be mechanically applied in every rear-end collision case. Whether in a particular case there be sufficient evidence of negligence to carry that issue to the jury must still be determined by all of the unique circumstances of each individual case, the evidence of a rear-end collision being but one of those circumstances. If all of the evidence, even when considered in the light most favorable to the plaintiff, negatives any actionable negligence on the part of the defendant, or if the evidence when so considered still leaves the question of any negligence on the part of the defendant as a matter of mere speculation and conjecture, nonsuit is proper.

In some cases, both the following car and the lead car might share fault. For example, if the lead car’s brake light did not work, a rear-end collision could be the fault of both drivers. In most states, an injured party’s negligence will reduce the amount of damages he can recover. However, North Carolina is one of a handful of states that follows the strict doctrine of contributory negligence. Under this doctrine, an injured party’s contributory negligence can act as a complete bar to his recovery of damages even if the defendant is also negligent.

If you have been injured in a rear-end car accident, contact an attorney at Rosensteel Fleishman, PLLC (704) 714-1450, to discuss your options.