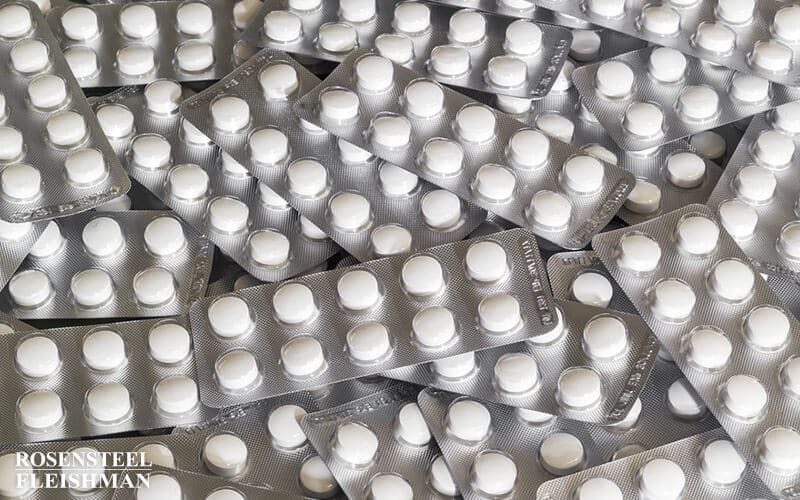 Abuse comes in many forms in nursing homes. We often hear about the physical, sexual, emotional, and financial abuse nursing home residents suffer, but we seldom hear about them being overmedicated or inappropriately medicated.  According to a 157-page report, titled “They Want Docile’: How Nursing Homes in the United States Overmedicate People with Dementia,” published by Human Rights Watch (HRW), nursing homes across the U.S. are misusing antipsychotic drugs to control the behavior of elderly patients with Alzheimer’s and other forms of dementia.

The HRW study revealed more than 179,000 people in nursing homes in the U.S. are given antipsychotic drugs weekly, despite the absence of an appropriately diagnosed condition which would warrant the administration of an antipsychotic medication.  HRW’s findings were based on visits to more than 100 nursing facilities in six states, and over 300 interviews with people living in facilities, their families, staff, long-term care and disability experts, government officials, and advocates.

“People with dementia are often sedated to make life easier for overworked nursing home staff, and the government does little to protect vulnerable residents from such abuse,” said Hannah Flamm, NYU School of Law fellow at Human Rights Watch. “All too often, staff justify using antipsychotic drugs on people with dementia because they interpret urgent expressions of pain or distress as disruptive behavior that needs to be suppressed.”

Antipsychotics are not FDA approved for the treatment of any form of dementia, including Alzheimer’s. In fact, antipsychotic drugs come with a warning (colloquially known as a black box warning) stating that antipsychotics increase the risk for cardiovascular adverse events and is associated with the increased risk of death.  “The harms associated with using these drugs in dementia patients are clear, yet clinicians continue to use them,” says Donovan Maust, M.D., M.S. (Antipsychotics, Other Psychotropics, and the Risk of Death in Patients With Dementia, JAMA Psychiatry, May 2015) “That’s likely because the symptoms are so distressing. These results should raise the threshold for prescribing further.”

Federal regulations require that nursing facilities inform residents of their treatment options and to give them the opportunity to refuse said treatment. However, in many states, skilled nursing facilities do not have to obtain written consent from a resident or family member to administer any drugs. (www.ltccc.org) According to HRW, in most instances, nursing home facilities administer antipsychotic drugs without obtaining informed consent from residents, their families, or other healthcare proxy.

Kansas is an example of a state which does not require informed consent. Its administrative regulations for all adult care homes, including nursing facilities, provide for the right to refuse treatment only.  According to a former nursing home administrator in Kansas, “The facility usually gets informed consent like this: they call you up [the healthcare proxy]. They say, ‘X, Y, and Z is happening with your mom. This is going to help her.’ Black box warning? ‘It’s best just not to read that.” (www.ltccc.org)

Bobby Glenn Tweed, a then 78-year-old man with dementia, was admitted to Life Care of Greeneville (TN) in January 2013.  He died 10 months later after being treated with psychotropic drugs without his daughter’s consent. The family of Mr. Tweed sued the facility and reached a confidential settlement with Life Care. The allegations in the Complaint alleged in part,

Despite these warnings and risks, these and other drugs were ordered and approved…and administered to Mr. Tweed by nurses or employees at the Life Care facility over an extended period of time.

Upon information and belief, such medications were being given not because Mr. Tweed needed the medication to treat his illness or to improve his quality of life but to make him a more docile, compliant and passive patient.

... the defendant failed to obtain informed consent for the treatment of…father and deviated from the standard of care in providing medical treatment while he was under their care.

As a direct and proximate result of defendants' acts and omissions, Mr. Tweed suffered serious and debilitating harm and injuries, ultimately resulting in death.

In response to the concern of the widespread misuse of antipsychotic medications in nursing homes, the feds established the National Partnership to Improve Dementia Care in 2012. The National Partnership is part of a Centers for Medicare & Medicaid Services (CMS) program to improve the quality of care in nursing homes, including reducing the misuse of antipsychotic drugs. The initiative encompasses public and private collaboration in every state to raise awareness of the dangers of off-label use of medications, and by working with nursing homes to institute proper staff training on alternatives to drugs. (AARP, June 2017)

The intervention of CMS is a start in the right direction, but there is still a long way to go before the off-label use of antipsychotic medications no longer exists. Unfortunately, it falls on the loved ones to be hyper vigilant to monitor, as best they can, the drugs given to loved ones.  This can be difficult, short of being with the loved one 24 hours a day.  Many times it takes a medical record review to determine the medications prescribed and given.

If you believe your loved one is being inappropriately given antipsychotic medications or is suffering from any other form of nursing home abuse, contact our office today at (704) 714-1450. We will advise you of your loved one’s rights and we will aggressively pursue a claim if our investigation reveals any instances of negligence.  Nursing home abuse is a terrible breach of trust.  How society cares for their most vulnerable members reflects upon all of us.  Contact one of our personal injury lawyers to discuss your case.