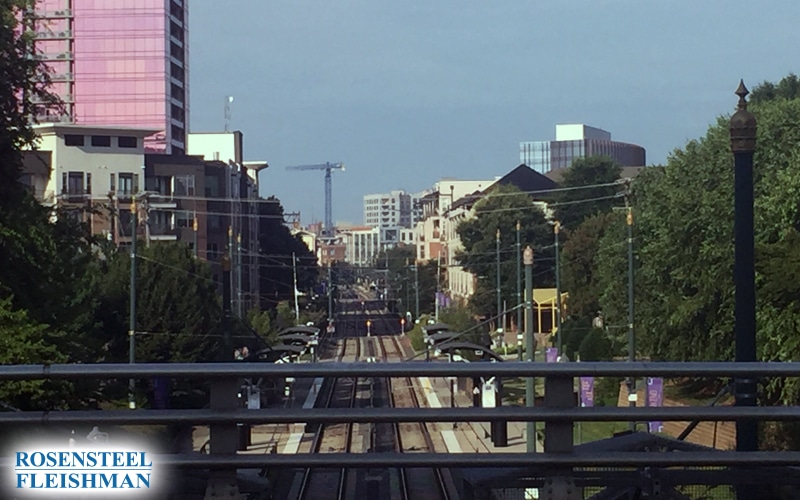 When We Don't Know: Big Changes in Negligence Law

It's not only that the law will change ... it is that the law can improve. In terms of negligence law itself, there are hopeful signs that advances in technology and equity will help open up new areas of protection for people. This will give real help if you have been injured by the negligence of major corporations, invasions of privacy, and even areas of negligence and harm that have yet to be conceived of. This is where an experienced Charlotte negligence law firm helps lead the fight for tomorrow's rights, today.

This means that there are many, many times when someone may feel that they have been harmed or hurt in some undefined way. It is important even in these instances, where others may say “don't worry about it” or just “get over it”: that you immediately seek the help of an experienced negligence lawyer. The process of understanding, and testing for a hard-to-explain injury does not mean someone should take a wait-and-see attitude. In fact, waiting may weaken the important evidence of an injury.

II. Opening the Window: Changes in Legal Rules by Government

Improvements in negligence protection does not usually (usually…with big exceptions) come from an open door, but a cracked window. New negligence theory often starts with a small new rule, or law passed by government. Let’s look at these new rules, and how a liability or trial attorney often makes that case, first.

Many of the best advances in negligence law have come from the North Carolina General Assembly or local governments, acting to set up some limited new rules for protecting citizens. Often these rules are unfortunately limited, at first, by powerful interests seeking to prevent coverage. Certainly, cigarette and auto industry political power has been a matter of grave concern. Limiting their influence has been a factor improving negligent injuries in tens of thousands of cases. On the other hand, identity theft rules and corporate carelessness has not kept up with technology negligence laws. Many times, only an experienced negligence liability attorney is able to connect the legal dots (of existing rules) with emerging, harmful conduct.

III.   A Broad or Narrow Pathway

The Hutchens versus Hankins case, called a ‘seminal’ or bellwether case,  was where a drunken customer was continued to be served beer. Courts for a hundred years had said, “So what?” If the bar owner has a license, and an adult is being served…it’s on the adult. Negligence lawyers fought for decades to answer this approach. Arguably, it was the automobile, as much as negligence attorney’s good arguments, that drove the change.

Ultimately, it was the persistent legal fight for social responsibility that did two things. First, courts began to look at responsibility by businesses differently. Second, the General Assembly passed a small amount of protection for individual people who had been harmed by drunk customers. From a small seed, it’s rightly said, did the mighty oak of bar owner duty grow. To finally win rights for harmed citizens in North Carolina, negligence law firms took the Assembly language, and asked courts (and eventually juries) if these narrow and individual rights didn’t, in all fairness, apply more broadly to everyone?

An experienced Charlotte negligence law firm is very much like a great chef. However, you might consider the salt of the recipe to be intention of the law. This takes some proof that legislation or a safety regulation was adopted to specifically protect a  “class” of people. This ‘class’ can be very general or less usually a little bit narrow, depending on its origin. When it comes to public highways, negligence law has been very proactive. Negligence lawsuits forced people to recognize that virtually anyone has a right to drive on highways. Though some people debate whether or not driving is a privilege or a right, in terms of the laws and regulations, there is definitely a class of people: and it's a big class. This is why a negligence lawyer has consistently argued for legislation that is broader rather than narrow. When it affects a broad business group, such as bar owners, it was ultimately a winning argument because it matched up so well with the protected class.

There are four basic parts of showing that legislation was meant to protect the class.

One. The class of people has to include someone whose safety or rights were in fact "particularly invaded.”

Two. The law has to be able to protect that particular interest.

Three. The law was meant to protect the interest against the specific kind of harm that did happen (a car accident).

Four. The law has to protect the interest against the particular hazard (serving a drunk) from which the harm happened.

The importance of law in this regard is because it steps into the shoes of traditional negligence theory in some ways. By showing that a class of people is being protected, it's easy to say that violation of the class safety rules naturally takes care of the issue about whether or not there was a duty. It’s harder from that to say if breach of that duty was reasonably foreseeable. Only a negligence lawyer with enough experience is able to show that just violating the rules or the legislation did both.

Because ‘foreseeability’ is so important to relating the law to the harm, negligence law firms will also look at if there was some liability that comes from long-standing negligence rules. This means knowing court practice and prior decisions, inside and out. There is also a chance that when the Assembly is stuck in neutral, that a court may act in a single case, to help address an injustice. Awareness of all these moving parts comes with negligence law practice: an experienced negligence law practitioner knows the best path forward. This is especially true when a negligence firm determines that traditional tort law, and not new laws, is the strongest card.

An experienced negligence liability law firm won’t always just wait and hope, or imagine, that existing laws are enough to address an injury. A qualified negligence attorney is going to be concerned about whether or not traditional negligence ideas of foreseeability and duty exist. It is because there's always a possibility that the defendant may successfully convince a judge that the law or regulation does not apply in a case.

From the preceding discussions, you can see that we focused in on the idea that laws are meant to protect classes of people. There are some times when it's just as important to show that the law itself might be unfair in the way it is limiting that definition of "class.” The bottom line is that any type of discussion about the harm that occurs in any regulated or highly restricted activity requires special trial skills and expertise. Talking to a qualified trial or negligence attorney will help you arrive safely at the right destination.

If you, a family member or a loved one have been hurt—or, often as importantly have reason to feel you have been deliberately harmed— by an intentional or careless act, please contact us. The injury may even seem to be from an odd or unusual method. You will speak with a negligence liability attorney/ lawyer who can best answer your questions. There is never a fee for this initial consultation.