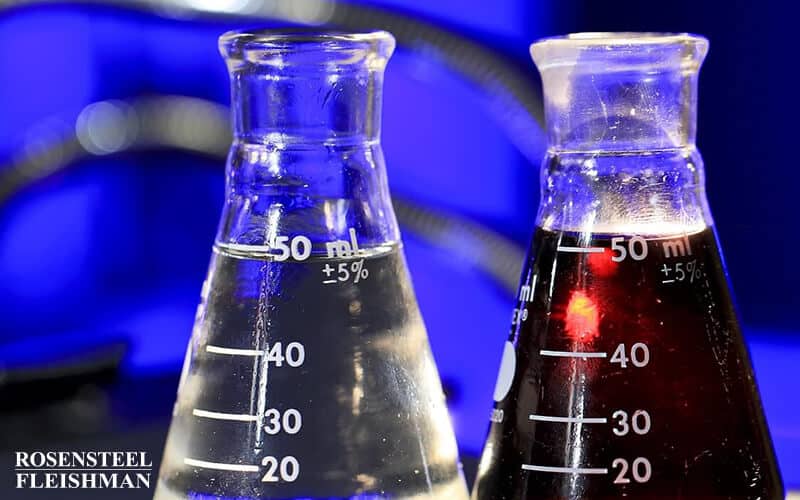 I. First in Fight

It is a certainty that pollution, chemicals, and all sorts of unseen hazards are causing more and more health problems in the world. It's an interesting case when the damage done by chemical applications has serious implications for people and what they eat at home and in restaurants, too.

In the following discussion, we will look at a tangled web that developed between: Perdue chicken processing, a very well-known industrial cleaner (Tufco), and a major insurance company (West American). Unraveling this tangled web was an experienced premises liability law firm in North Carolina.

A company named Tufco was well-regarded and did major commercial work in the area of floor resurfacing. The idea was to lay new sealant coats over existing flooring. Tufco also has its own special processes, employing a six-layer system. Several different chemicals, a premises liability lawyer was to discover, are used in the process. The major chemical compound that caused an issue in the Perdue chicken case was the chemical called styrene. While the work was being done at the Perdue plant, chicken was stored by Perdue in a special area designated as the “28-degree cooler.” The 28-degree cooler was adjacent to one of the areas being resurfaced by Tufco.

As an important part of their investigation, the premises liability law firm discovered that Tufco had a commercial liability policy with West American Insurance. West American pointed out that the policy had what is called a “pollution exclusion”  clause. This meant that the insurance company denied any liability to claims made by Perdue against Tufco. There was no argument, based upon chemical analysis obtained by the premises liability lawyer in this case, that the chicken itself had been odiferously infiltrated by styrene fumes. But this admission as to the damage done by the styrene was about the only point of agreement in this case.

It may happen that a distributor, customer, or an end-user of a product have no idea that they have been exposed to a chemical risk. Premises liability lawyers as well as negligence trial attorneys may receive reports of these apparent clusters of illnesses. While producers, manufacturers, or industry affiliates may be aware of particular risks, they might also view consumer participation in the marketplace as some type of acceptance of those risks or costs. They may withhold important trade secrets. A qualified premises liability attorney will help address the necessary function of disclosure in these cases.

Each of the three major parties that could be held responsible for making payments to any injured parties, filed for summary judgment against each other. In other words, Perdue, West American, and Tufco all argued that the case was so clear cut that responsibility rested as a matter of law with...one of the other parties.

Having an experienced trial attorney, handling a premises liability case (or if there is injury, as a negligence case), also often brings into play the expertise in insurance law. In this case, the central controversy was at first whether or not the pollution exclusion clause did or did not cover produce claims against Western West American insurance by Perdue.

The exclusion language was apparently intended not to cover any bodily injury or property damage, at the Perdue plant, under certain conditions.

Specifically, this meant that coverage was denied by West American, based on this language:

“the operations are the test for, monitor, clean up, remove, contain, treat, detoxify are neutralized the pollutants.”

In this case, the premises liability lawyer pointed out that the complaints about the chicken came in fairly quickly from several different sources. Within a few days, customers were calling to let Perdue know that  “there was a problem with the smell and taste of the chicken.” The importance of having a  specific date of harm was because the products or premises liability case rested on whether another clause rather than the Pollution clause came into play. West American was responsible for paying what were called Completed Operations Coverage. The premises liability lawyer successfully argued that this Completed Operations coverage overrode the Pollution exclusion coverage

The trial attorney even found what you might characterize as a ‘smoking gun.’ West American itself had once expressed its intention not to limit the Completed Operation coverage, and not subject to Pollution exclusion. This was included in writing, in a flyer that Tufco had sent Perdue, along with its own policy. Whether it had been intended as encouraging the purchase of the policy or not, it ultimately helped build the case that Perdue did indeed have coverage extended for these types of chemical damages. Clearly, it took the experience of a well-qualified premises liability attorney to discover that document and introduce it appropriately.

The North Carolina Court of Appeals agreed, and extended liability for this damaged product’s effects on third parties.

Many of the effects of food and chemical poisoning of food are not very well-known. Part of the problem is that people are often not going to be told that they have been exposed to these chemicals. This is why people need to carefully investigate potential causes for their illnesses. Including discussions with friends who may have eaten with you may help solve some of these riddles. Additionally, working with an experienced premises or negligence liability attorney can often be the biggest facilitator to finding particular chemical exposures or damages in a facility, home, or commercial/catering establishment.

If you, a family member or a loved one have been hurt in an incident related to chemical misuse, poor maintenance or storage of goods,  catastrophic equipment failure, or disputed insurance coverages, please contact us. You will speak with a premises or liability attorney/ lawyer who can best answer your questions. There is never a fee for this initial consultation.