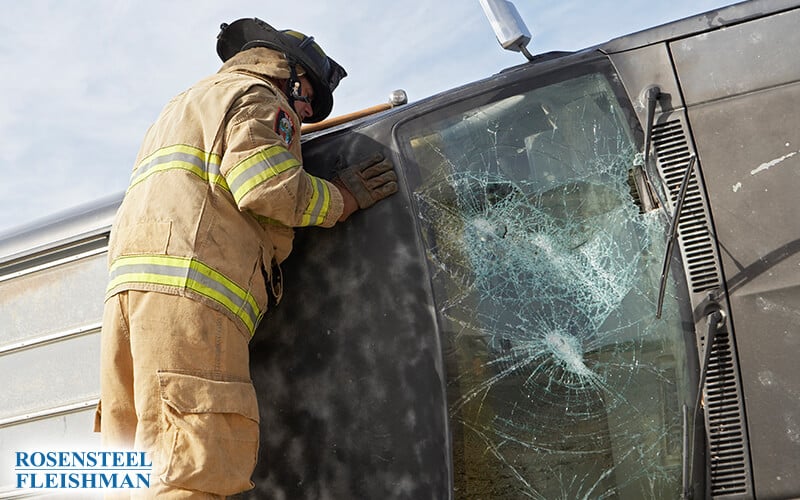 The results of a trucking wreck or accident—involving company policy to third party equipment—can, at first, appear to be deceptively simple. For example, the many factors behind why a truck driver or a truck may have been involved in an accident, can often only be found with advocacy of your own truck accident attorney. These specialists can dig into detailed, even obscure records or safety practices of a company that employees a trucker. Unraveling these mini mysteries takes the required focus of an expert: a trucking accident attorney. This work requires additional expertise, to explore interconnected levels that represent the modern trucking industry today.

One way this typical industry practice plays (often in unfair favor of a trucking company) against an injured party, can be in what a trial court doesn’t know about the trucking industry itself. With heavy trial responsibilities, and overburdened dockets, some judges have trouble keeping up to speed with the intricacies of trucking. An example we will look at here was an inappropriate decision to dismiss a trucking accident. A trucking accident attorney fought successfully to bring a full case in court. Protecting the grounds for appeal in such cases is another reason that expert trucking accident attorneys are so valuable in these specific types of cases. It’s worth noting that the principles of negligence involved in a typical trucking accident case may sometimes catch the trucker in the same web of tangled, multi-party liability. That’s what happened in one unfortunate case.

Because trucking companies work so often with other large corporations in moving freight, there’s often a hold harmless or indemnity clause. These hold harmless clauses may be a shield to essentially limit liability, for someone who’s been injured because of a large truck accident. Thus, the following case is a good illustration of one of the ways in which a major trucking company may or may not be successful in avoiding liability to anyone who is injured in a trucking incident. The following case was an alleged accident by a third-party (Norfolk), who also shared the work area of the trucking company (Werner). Major trucking companies often have complicated agreements with other parties or their own insurance companies, to try and limit their liability.

The language in the limiting contract in this case was this: “(T)he trucking company agrees to indemnify and hold harmless Norfolk, from and on account of injury to any person or persons, including death, as well as damage to her loss of property, or claims and connection…caused by or resulting from any extra missions, negligence or otherwise of Werner… or any of Contractor’s truckers agents, servants or employees in the performance of the services here in undertaken.” The basic argument of an experienced trucking accident attorney is usually to apply this language in the simplest terms possible: called “plain meaning.” For the injured worker, it was helpful if the third-party relieved some of Werner’s liability. Obviously, Norfolk would push back, in using this language.

II.  Common Ground: Working Side By Side

The trucking accident attorney for the injured trucker (Jerry) very carefully explained the details of that particular third shift. Involving as it did a major rail company (Norfolk, at a Walkertown site), meant that there was always a potential for conflict in testimony. Multiple employers in a trucking accident often raise issues about who is in charge, or responsible for the equipment, that caused injury.

The trucking accident attorney explained the complex mechanical operations involved in that night’s trucking operations. Jerry’s tasks were loading and unloading automobiles from the railway siding. This was done with a control device that switched the ramps between the rails. This allowed Jerry to decide how to move the vehicles to the appropriate waiting semi-truck. The weight of these ramps was the big deal: several tons apiece, and (at the time of Jerry’s accident) almost a half a foot above the ground.

The trucking accident lawyer/attorney next helped Jerry describe, in detail, how the accident happened:

“I operated one of the mechanical on loading ramps, moving it from one track to another. That mechanical and loading ramp. Older than the other two. With a ramp to reach the position I wanted it in, I released the switch and continued walking away from it. On this occasion the switch malfunctioned causing the ramp to continue moving, catching the back of my right heel under the frame, and I continue to roll forward, breaking my right foot under it before it stopped.”

But would the question of whether or not the trucking company alone responsible, be buried in language of the typical industry contract?

III.   Expert Injured: Speaking for yourself,

One of the most important skills of the trucking accident attorney is how to get you to be able to speak for yourself. An injured party is often their own best expert. In this case, because of the unique skills of this particular job description, the truck driver himself was the expert. Thus, the Supreme Court would be listening to see if the trucking action attorney presented strong evidence that the malfunction was under the control of Norfolk, and if Jerry was credible.

According to the testimony of Jerry: “(B)ut for the malfunction of the control switch, the accident would not have occurred. I had no warning whatsoever from Norfolk of a possible malfunction of the mechanical on loading ramp, or that such malfunction was a hazard to guard against. Norfolk provided the ramps and all maintenance and repair for them. Werner… Did not do anything, or fail to do anything, which caused or contributed to my injury.”

IV.  After accident repairs as evidence of negligence

One of the complicated areas of proof, especially in trucking accidents, is whether or not there have been any changes to the accident site or machinery involved. Because of the foundation laid to make Jerry a credible witness in this case, the record was also used by the trucking accident attorney to show what happened after Jerry’s accident. The trucking accident attorney wisely emphasized that any changes in the site, reflecting increase safety procedures, actually went to prove that Norfolk “had control” over the site, and did have responsibility for any injuries.

Specifically, the truck accident attorney pointed out that after the accident, Norfolk had welded a piece of metal to the frame so as to prevent an injury. Ultimately, the Supreme Court noted that there was conflicting evidence about what had caused the injury. Instead of allowing a dismissal at the trial court level, however, this mandated that a trial to investigate the actual facts should have been held. It was certainly a partial victory for the trucking accident attorney and his client.

The value of an experienced trucking accident attorney was key in this case. So, if you, a family member or a loved one have been hurt in a trucking or semi-truck accident—or have questions about insurance claims or need help related to a vehicle insurance policy, or involving related claims or your legal rights or hearings, please contact us.  You will speak with a trucking accident attorney who can best answer your questions.  There is never a fee for this initial consultation.

When a driver is distracted, he may not be able to react quickly enough to changing road conditions or other hazards, such as pedestrians or other vehicles. This can lead to accidents that can cause serious injury or death. The issue of truck drivers falling asleep on the roads is a serious and often overlooked […]