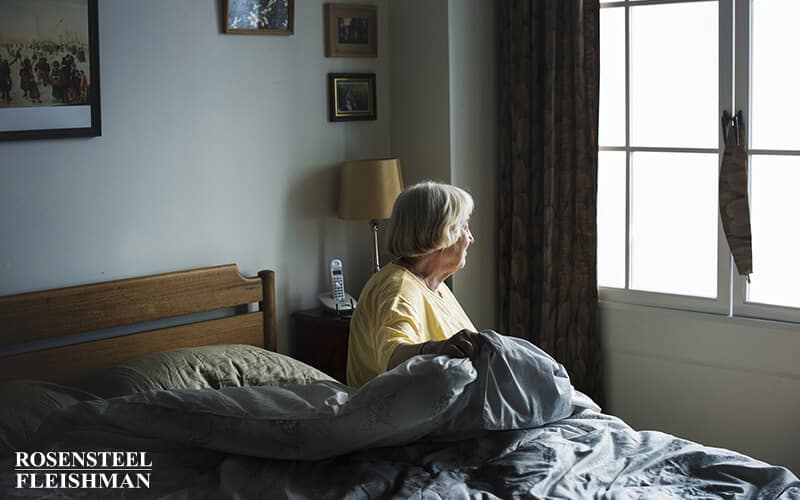 Treated To Injury: Medical Malpractice in the Room

It is understandable that many medical malpractice cases focus on actual surgical or specific medical treatments or dangerous prescriptions. What comes as an unpleasant shock is to realize how much malpractice can occur where the patient often spends the most time: right in their own room.

An experienced Charlotte malpractice lawyer will address what standard of care a nursing home or care facility owes to a bedridden client. Fortunately, largely through the work of these med mal experts, there have been improvements made in what types of restraints are used in the beds of incapacitated patients. It is been important to qualify exactly what is meant by the word “restraint.” Restraints are not only used to limit mobility, but may be used dangerously as a type of therapeutic device to (supposedly) keep a patient from falling out of the bed. This means that restraints are used instead of actual, diagnostically preferred medical treatments such as physical therapy, nursing interventions, or outside experts to truly address---perhaps even increase---range of motion.

Doris H. and her husband lived in Rowan County for many, many years. Doris suffered a massive stroke while she was receiving treatment at a Regional Medical Center. That stroke left her totally dependent. She was at the hospital for a little over three days; after discharge from the hospital, she was sent to a Rowan County nursing home. She was only at the nursing home for another three days, when she was sent back for hospitalization again. This time, she was in the hospital for almost an entire month. She was again discharged to the care of the nursing home, where she stayed for three months.

According to the doctor at the nursing home, her bed was equipped with side rails “times two for positioning and safety.” This meant the doctor insisted on two sets of rails on each side of the bed.  That same doctor testified that the side rail should not be considered  “restraints,” since side rails are “only” restraints if they “inhibit a patient from doing what the patient wants to do.” The doctor thus had told the family that since Doris could not get out of bed by herself, the side rails were not “obstructing her” and were also thus not “restraints.” The family explained to their medical malpractice lawyer after the death that they had planned to move Doris from the nursing home. Why? asked the Med Mal lawyer. Because: they were completely dissatisfied with the treatment she had been receiving there. One of the daughters had specifically asked about whether or not the bed rails were intended to act as a  “restraint” on her mother. Specific concerns about the mobility of her mother and the quality of care she was receiving had prompted the family to make specific plans to have Doris move into their own home in November.

Before they could get Doris home, she died in the nursing home. For a variety of reasons, the family decided not to have an autopsy done. In fact, though they had concerns about how she had died, the Charlotte malpractice law firm representing them also investigated if grief was an issue in their decision. Certainly, speaking with an experienced med mal lawyer as soon as possible, can help avoid some of these issues. It is just as obvious that a family often has great difficulty in making these decisions about legal investigations. This is why many medical malpractice cases are actually initiated by friends of the family; caring and trusted people who act to help protect the family in their grieving.

Because one of the daughters had noticed severe bruising on Doris’s neck, they all wanted to know why she had died, and in precise terms. This concern was amplified by another daughter, noticing “a pool of saliva” that was “directly under” where Doris’s head would have come to lodge. This also indicated that she may have suffered for a prolonged period of time before her death. To demonstrate how he thought Doris had been strangled to death, the doctor had climbed into the bed. He then reenacted to the family how her head had slipped forward, pushing against the cushion, and wedging at a grotesque angle in the rails on the left side. Against this backdrop, the family had decided not to have an autopsy and not to question further at that time.

This case represented an important issue in establishing nursing home negligence by Med Mal practitioners. Because a jury had actually reviewed all of the facts, there should have been more deference by the trial court judge. As the Court of Appeals said, agreeing with the Med Mal lawyer, there had been “sufficient evidence to sustain a finding by the jury” that “the Corporation was negligent” in failing “to conform to applicable standards of care and its own policies.”

It was the Medical malpractice lawyer’s skillful use of the Corporation’s very own “restraint” policy that was pivotal . Contrary to what the physician had said, the Corporation’s own physical restraint policy included manual methods, or physical and mechanical devices which are attached or adjacent “to the resident’s body.” The Corporation’s policies noted that these restraints needed to go through a rigorous process of evaluation.

Finally, the medical malpractice lawyer emphasized that nursing should have been involved in developing any alternatives that were less restrictive. And still the review should have continued: there should have been a reevaluation on whether or not the restraints were still applicable to Doris's current condition. These factors could have indicated or led to discovery that Doris did indeed have some limited motion while in the bed.

So, if you, a family member, family friend or a loved one have been hurt in a medical or health care setting—or have questions about insurance claims or need help related to staff malpractice, please contact us.  You will speak with a medical malpractice lawyer who can best answer your questions.  There is never a fee for this initial consultation.