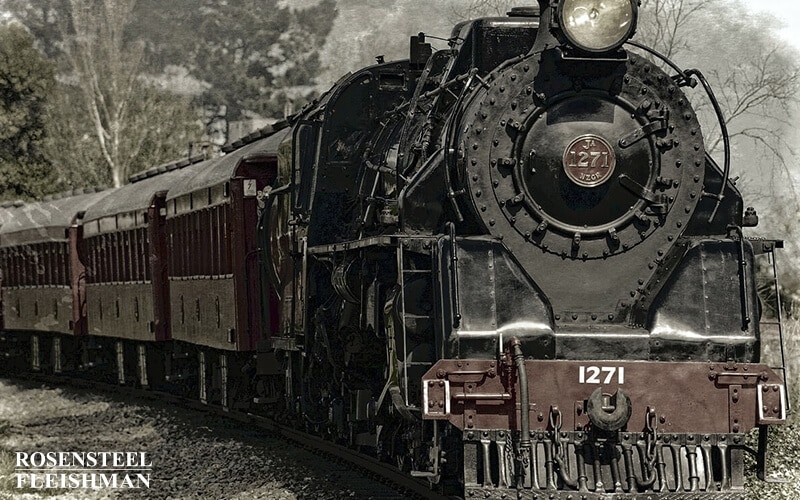 People in the United States have been travelling on passenger trains for almost 200 years. Goods have been transported by freight trains for even longer. Trains safely transport large groups of people and goods every day. Train travel is particularly important in big cities like New York or Charlotte. Trains cut down on the number of automobiles and trucks on the road, thereby decreasing accidents, traffic and emissions.

Trains are among the safest forms of travel, with safety improving dramatically over the past decade. According to the U.S. Department of Transportation, there were 234,784,581 passengers transported on trains for the year 2020. While that number is down from prior years due to the pandemic and less people travelling than usual, the numbers show that:

Compare that to the U.S. Department of Transportation 2020 car accident statistics which show that 38,680 deaths resulted from car accidents. Clearly trains are a safer way to travel.

There are a number of reasons why train accidents occur. One of the biggest is human error. Human error could occur as a result of the train operator, or a pedestrian, or a car or other vehicle trying to cross the tracks. Cars and pedestrians sometimes try to beat the train, ignoring gates and warning signals.Sometimes those warning signals malfunction. Either one can lead to injury on the part of the pedestrian or driver and/or to the passengers on the train. Conductors and engineers make mistakes and act negligently. Conductors and engineers may be found guilty of negligence if they were operating the train while drunk or on drugs, were operating the train at an unsafe speed, were tired or were distracted by things like their phones.

Examples of accidents that occur involving trains include:

Some of the more common injuries resulting from train accidents include:

Unlike in a car accident, where the operator of the car that caused the crash could be sued and held liable for injuries caused to others, determining liability in train accidents is more complicated. Trains are owned by different entities, even those operating on the same tracks, and rails and tracks are also owned and operated by different entities. Some trains are owned privately while others are operated by cities or state entities. In North Carolina, for example, the North Carolina Railroad Company, a private business but one in which the state owns 100% of the stock, owns a 317 mile rail corridor between Charlotte and Morehead City. Both freight and passengers travel on trains, owned and operated independently, along that route. Norfolk Southern Corporation is one of the companies that leases track to move freight throughout North Carolina while Amtrak moves passengers along the same track.

In addition to the train company being liable, depending on the nature of the train accident, other parties that might be liable include:

In addition to train passengers and others being injured in train accidents, train employees can also be injured while on the job. Train employees who are injured due to an accident while on the job do not file workers’ compensation claims like most other employees do. Instead they would file a claim under the Federal Employees Liability Act (FELA). Under workers’ compensation, employees who are injured on the job are covered for their injuries regardless of who caused the injury. Under FELA, the employee must prove that there was negligence on the part of the railroad company in order to recover.

Those injured in train accidents are able to seek the same damages available in any other personal injury suit including:

It is important to know that North Carolina follows the doctrine of contributory negligence. Therefore, if the injuries were caused through any fault of the victim’s then damages would not be recoverable.

While train accidents do not occur frequently, they do happen and often result in serious injury. The Charlotte, NC based lawyers at Rosensteel Fleishman, PLLC are experienced personal injury attorneys who can help you understand your rights and whether or not you have damages and should proceed with a claim. Please contact our office at 704-714-1450. There is no fee for an initial consultation.