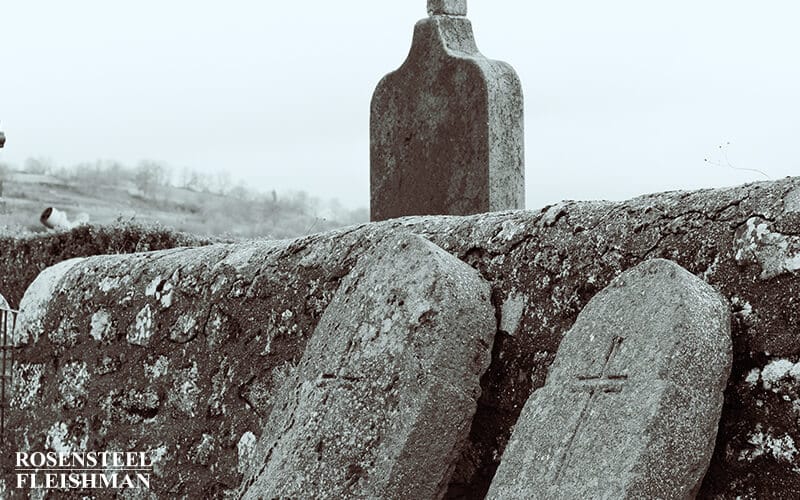 The Formal Right to Sue in Wrongful Death

One consequence of this balancing act (between legislation and legal procedures) has been the way that wrongful death lawsuits have to follow very specific rules regarding who has a right to bring the lawsuit. In many instances, without the work of a wrongful death law specialist, some parties would have lost any right to sue... even for the loss of the closest imaginable loved one.

The following case is an example where a widow was on the verge of losing a right to sue for the death of her husband. Her right was protected because she decided, almost at the last minute, to get help from an experienced attorney who specialized in North Carolina laws of wrongful death.

A lot rides on “who” files a suit. You must have a real legal interest and not just a moral interest. Sometimes, a survivor can sue in their own name. As we noted at the start, a wrongful death suit requires something particular: an executor (or a woman executrix).

The Supreme Court in North Carolina noted that a widow, based solely on being a widow, has “no right of action for the death of her husband.” Instead, as an attorney specializing in wrongful death can investigate, it takes a personal representative of the person who passed away in order to maintain a lawsuit for wrongful death. The issue in this case was that a court had no authority, if the party being sued objects, to change one party for another in a court action.

Nor could a prior lawsuit magically turn into a new lawsuit, even if it means admitting a grieving widow as the interested party. That technicality of a “new named party” was what happened in this case: and certainly, there could have been no more emotionally laden reason, than to protect the interests of the deceased man's own wife.

In this case, the caption of the lawsuit complaint and the summons did not technically name the widow Mrs. Graves as  “administratrix.” Was this technicality what the law required? A trial court said yes, and dismissed the suit. A wrongful death lawyer then appealed to try and let her have her say in court, amended as the legally appointed executrix.

The wrongful death lawyer in this case conceded that a prior North Carolina Supreme Court case did not allow a widow, with similar facts, to change the complaint to allow her to sue as administratrix. That 1912 case involved an instance where the trial court did allow a change to be made that seemed to serve the interest of justice. The court simply added the name of the widow after her name on the original complaint. Solved. But not for long. The Supreme Court reversed that decision and dismissed the widow's lawsuit. The Supreme Court Justices in that old case said that the change in status on the complaint acted “to change the entire character of the action and to convert that which was the individual action of  (the widow) into one by her in her representative capacity as administratrix.”

Essentially, this meant that the wrongful death lawyer in the current case for Mrs. Graves had to winningly argue that the 1912 case was flat wrong. The effort to reverse old, standing law is not an easy challenge: and why experience in North Carolina trial litigation is vital on appeals.

IV.  Timeliness and Key Issues: Back to the Future

There is also a cautionary note in this case about acting quickly, even in these hard times of a loss. Because so much time had elapsed between the original filing and the second case involving Mrs. Graves’s formal appointment, the Charlotte wrongful death lawyer faced a particular hurdle. Five years, in fact had passed.

The wrongful death lawyer in this case had to convince the Supreme Court justices of two things:

1. That the gap in time between the original lawsuit and any amendment was fair. It was important that the wrongful death law firm in this case establish that there was no harm caused to the defendant by changing this specific term of representation. The Supreme Court was satisfied that the defendant had been adequately notified of the action and his potential liability for wrongful death.

2. The proposed technical change in Mrs. Graves’s status as administratrix, as well as widow, was either not prohibited or (better yet) was authorized under North Carolina law. This meant proving Mrs. Grave’s appointment as administratrix was related back to her first suit, five years before, as the same party in interest. The Supreme Court agreed that there had been good faith on the part of Mrs. Graves, and she had no intent to deceive. She had attempted to meet the formalities of “being” the executrix in deed if not legal fact, and as the wrongful death lawyer had established.

The Supreme Court thus agreed with the wrongful death attorney that the key issue was not whether or not Mrs. Graves should be allowed to ‘amend’ her complaint. Instead, the Justices found no unfairness and the same party in interest by allowing the suit. This decision on the part of the Supreme Court justices made sense for a lot of reasons. It kept confusion from creeping into cases where a party may have made a technical mistake in how the case was originally filed. In those kinds of cases, and where the statute of limitations was not an issue, courts could still liberally allow amendments to the complaint.

More importantly, this approach allowed the rules regarding formal appointments (of administrators and administratrixes in a wrongful death suit) to be consistent.

There's no doubt the Supreme Court was well within its legal authority to have upheld the dismissal. Instead, perhaps owing in part to the human element of it, the Supreme Court allowed Mrs. Graves’s case to be related back to the original suit, and to pursue her wrongful death claim. Speaking with a specialist in the area of wrongful death lawsuits is essential because of these important technical rules and deadlines. While it is not a certainty, it is very likely that --- based on cases like this --- an experienced wrongful death lawsuit would have been properly filed to begin with. An experienced wrongful death firm would almost certainly have had proper letters of appointment for Mrs. Graves.

These technical requirements are among the strongest arguments for why someone should speak with a wrongful death law firm as soon as possible. The same point goes to any concerns about whether or not a wrongful death lawsuit has been improperly handled or delayed.

If you, a family member or a loved one have been hurt in any incident or event and involving harm that resulted in severe injury or death, please contact us. You will speak with a wrongful death or Charlotte liability attorney/ lawyer who can best answer your questions. There is never a fee for this initial consultation.