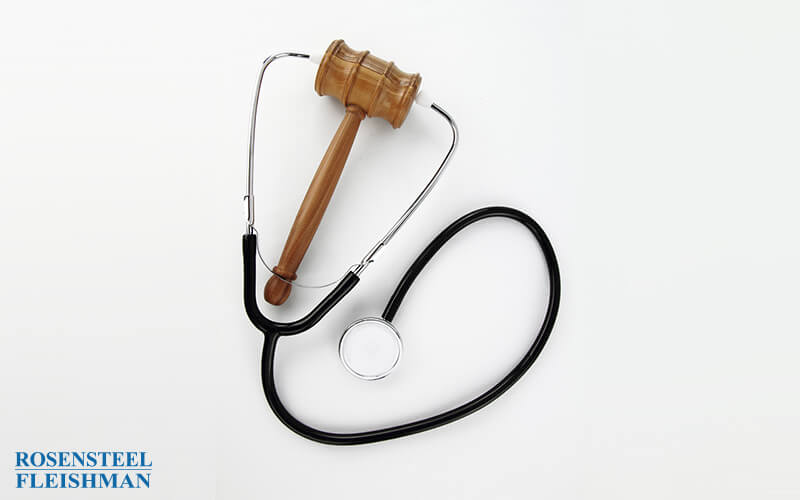 “Never events” in surgery are so-termed because they are events for which there is general professional agreement that they should never happen. Surgical never events include leaving a foreign item (like a sponge or towel) inside a patient’s body after surgery, operating on the wrong body part, and operating on the wrong patient. A 2012 study of surgeries in the United States conducted by researchers at Johns Hopkins found that a foreign object is left in a patient’s body 39 times a week, a procedure is performed on the wrong patient 20 times a week, and a wrong body part is operated on 20 times a week.

The researchers at Johns Hopkins looked at reports to the National Practitioner Data Bank from 1990 to 2010, and estimated 80,000 never events over this period. Hospitals are required to report never events that result in a settlement or judgment to the National Practitioner Data Bank, so the reports represent a good estimate of legitimate claims. However, it is possible that the number of reports might underestimate the number of instances of never events since events are only reported if they are discovered. If a complication does not arise after a surgery, then there would be no attempt to determine why the complication arose and it is possible that a retained foreign object would be neither discovered nor reported.

Health care providers have instituted safety procedures in an attempt to avoid these never events, such as marking a patient’s surgery site prior to anesthesia and mandatory “timeouts” in the operating room before beginning a surgery to make sure that the surgical plans match the patient on the table. Counting towels, sponges and other surgical items before and after surgery is a procedure that health care providers have used for a long time, but it does not always work. Some hospitals have begun using electronic bar codes on items to ensure precise counts and cut down on human error.

Looking at other studies, it appears that approximately two-thirds of all retained surgical items are sponges. Although it has been shown that human counting methods are not foolproof in preventing retained surgical sponges, fewer than 15% of the hospitals that perform surgery in the U.S. use one of the three sponge-tracking systems approved by the FDA, according to a USA Today survey. The main reason cited for not using a sponge-tracking system was the initial cost of the system. Although the cost of the system would be more than made up for in legal fees saved in connection with retained sponge cases, the cost of the system comes out of the surgical budget, while the cost of legal fees do not. However, the USA Today article cites the example of UNC’s hospitals which have not had a single case of a retained sponge since adopting a sponge-tracking system in 2011.

Although north carolina courts do not specifically refer to “never events,” case law treats these types of events differently. A typical medical malpractice case has a heightened pleading requirement. G.S. 1A-1 Rule 9(j) requires that a medical malpractice pleading be “reviewed by a person who is reasonably expected to qualify as an expert witness under Rule 702 of the Rules of Evidence and who is willing to testify that the medical care did not comply with the applicable standard of care.” The exception to this rule is when “[t]he pleading alleges facts establishing negligence under the existing common-law doctrine of res ipsa loquitur.”

The North Carolina Supreme Court has held that “res ipsa loquitur claims are normally based on facts that permit an inference of [the] defendant's negligence.” (Anderson v. Assimos 2002)  The North Carolina Court of Appeals has further explained that “res ipsa loquitur applies in ‘situations where the facts or circumstances accompanying an injury by their very nature raise a presumption of negligence on the part of [a] defendant.’” (Snipes v. Warren 2007)

The court of appeals has recognized two situations to which the doctrine of res ipsa loquitur is applicable.  Those are “injuries resulting from surgical instruments or other foreign objects left in the body following surgery and injuries to a part of the patient's anatomy outside of the surgical field.”  (Griggs v. Lester 1991) Both of these situations are “never events” which professionals agree should never happen. This makes sense considering that the facts on which res ipsa loquitur claims are based “permit an inference of [the] defendant's negligence.”

Last month, the court of appeals applied the doctrine of res ipsa loquitur to a retained sponge case in which a jury awarded the plaintiff millions of dollars. The court explained that

Uniformly, in this and other courts, res ipsa loquitur has been applied to instances where foreign bodies, such as sponges . . . , are introduced into the patient's body during surgical operations and left there.

. . . [T]he well-settled law in this jurisdiction is and has been that a surgeon is under a duty to remove all harmful and unnecessary foreign objects at the completion of the operation. Thus the presence of a foreign object raises an inference of a lack of due care. When a surgeon relies upon nurses or other attendants for accuracy in the removal of sponges from the body of his patient, he does so at his peril. . . .

In an earlier court of appeals case, Tice v. Hall (1984), involving a sponge left in a patient’s body after surgery, the court held that “the well-settled law in this jurisdiction is and has been that ‘a surgeon is under a duty to remove all harmful and unnecessary foreign objects at the completion of the operation. Thus the presence of a foreign object raises an inference of lack of due care.’” The defendant argued that he met the standard of care because of the counting procedure employed in the collection of sponges. The court reasoned that the doctrine of res ipsa loquitur merely created a presumption of negligence and that the defendant could introduce evidence that he complied with the statutory standard. The issue would then be left to the trier of fact. Considering the introduction of new sponge-tracking technology, it would be interesting to see whether defendants would still attempt to make a standard of care argument based on manually counting sponges.