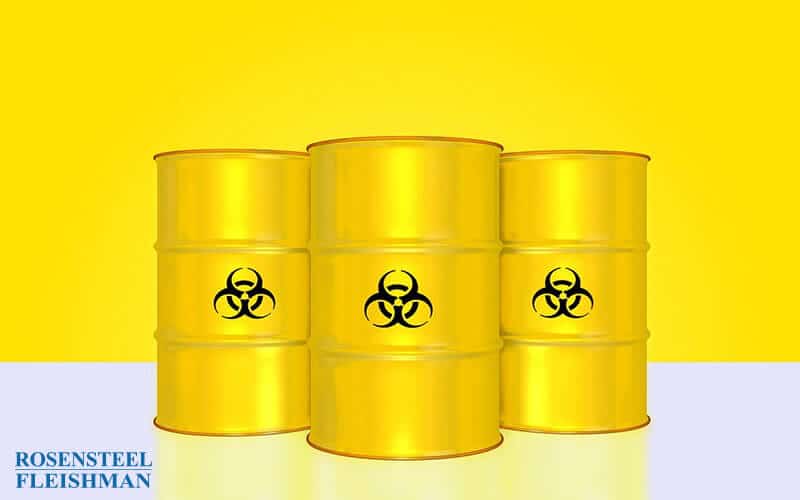 I. Injured at the Store

Getting hurt on someone else’s property is never a laughing matter. Unfortunately, too many people think that the injury is incidental or will simply take care of itself. Grocery store slip and falls, for example, are among the most common accidents. Some of the other, worst types of injuries are those which may occur gradually and almost invisibly. Exposure to chemicals or other types of unseen environmental agents may require the work of an experienced Charlotte premises liability attorney, to calculate when the exposure first started. It can also be important to gauge if you or other persons invited onto the property have any special susceptibilities to the chemical.

Sometimes these injuries may occur to people who are shopping at the store, or as in the following case involving a corner grocery store, actually were hired to work at the store. Well there will be some overlap in terms of how your status will be affected – based on whether or not you’ve been there every day or frequently – one common ingredient is that it’s essential to speak only with an experienced Charlotte premises liability attorney as soon as possible.

Marta S. was hired to manage the small corner grocery store. Marta was a conscientious worker, and within a few months of starting her work, was promoted and then told the president of the corporation that the workers were “having trouble keeping dust off the merchandise” because of the wood floors in the grocery store. At that time, the corporation president told Marta to call United Chemicals Company, with the object of coming up with some type of chemical treatment for the floors. Within a few weeks, Marta had talked with an employee of the chemical company to describe the problem. Marta later told her Charlotte premises liability attorney that “I told him that my bossman said ‘it was dust – something or other,’ and that was all I knew.” The chemical company employee told Marta that in the past, that particular grocery store had used the brand called “Dust Command.” At least, Marta was led to believe that was what the previous owners had used. Based on that alleged prior use, the chemical salesman suggested that Marta “use (a) five gallon can.”

This is where uncertainty entered into the case. The Charlotte premises liability attorney did successfully show that the instructions for applying Dust Command had probably been given Marta, verbally, on the phone by the chemical salesman. According to Marta, the salesman told her that she would “have to close the store to put it down, but that she could put it down after the store closed that evening, and the store could be reopened the next morning.” Crucially, the premises liability attorney showed that the salesman suggested that operations would continue pretty much “as usual.” Marta  also specifically asked if she needed any special equipment for putting the product down. The salesman said that Marta could apply it directly from the container, but that she should not “get the product on her hands.”

The chemical company was certainly efficient. According to evidence introduced by the Charlotte premises liability attorney, within 30 minutes, a delivery person arrived with a 5-gallon, black bucket, and said he was from United Chemical and that he had brought the Dust Command as ordered.  Marta told the premises liability attorney that she scrutinized the invoice, and it did indeed list the delivered product as Dust Command.

Marta closed the store at the usual time and with another employee and then applied the product. One common factor in these cases, is that a good premises liability attorney knows that there are strengths and weaknesses about the case. The attorney in this case was more than willing to discuss that Marta admitted to having never read the label of the product she used. Thus, she technically did not actually know if she was using something in place of Dust Command: instead, she used a product not approved for this job, called Cabo–Solve. The chemical company argued that any injuries or damages were Marta’s fault.

If she had known what had been delivered, she told her own attorney, she would not have used it. She did notice that it had a strong and very “unpleasant” odor; the next morning when she came back to work, workers and customers all complained about the horrible smell. Customers began to return food to the store throughout the day, “because it contained the same smell as the store, and they did not want to eat it.”

The following day, the North Carolina Department of Agriculture issued an embargo for all the contents in the store.  Eventually, 1/2 of all the merchandise was thrown away, because it was deemed unsafe for consumption because of the exposure to fumes. Within a year of these losses to stock and reputation, the store was sold.

IV.  Premises and Products: Negligence Under A Statute, Too?

Eventually, the chemical company was found liable. One of the key issues addressed by the Charlotte premises liability attorney was whether or not Marta had any liability in the case. A jury decided that she was in no way contributorily negligent. The chemical company appealed the jury’s decision. Presenting as it did not only premises liability but also negligence (under products liability act under North Carolina law), the case eventually reached the North Carolina Supreme Court itself.

The key bit of evidence in the case presented by the Charlotte premises liability attorney was probably the question of what kind of instructions Marta received during her telephone talk with the chemical company salesman. Truthfully, the salesman did give Marta the correct instructions: for Dust Command. Marta, under questioning from the premises liability attorney, stressed that she had indeed checked the invoice. It was the invoice, which said that Dust Command had been delivered. Under the circumstances, it was for the jury to decide whether Marta should’ve read the label on the product.

This case demonstrates that a grocery store may well be a magnet and a risk for virtually every single neighbor in a small community. In this case, the store owner, manager, staff, and customers all were shown by the Charlotte premises liability attorney to have been involved – or potentially even harmed – by the chemicals used.

If you, a family member or a loved one have been hurt in an accident related to poor or risky operations in a store of any kind, especially involving food or chemical exposure, please contact us.  You will speak with a Charlotte premises liability attorney who can best answer your questions.  There is never a fee for this initial consultation.