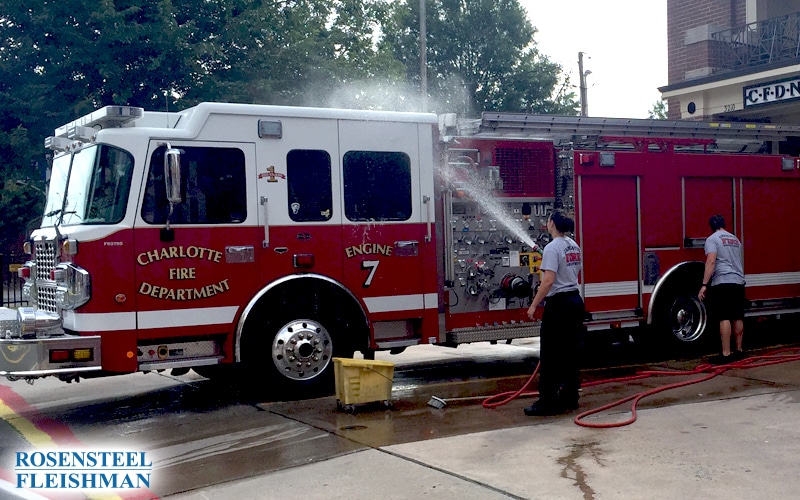 Not getting burned by insurance: premises liability claims protected

I. Fire by Water

It seems like a real contradiction. Fires can not only be extinguished by water. Fires also often start from water damage. People living in North Carolina have faced tropical storms and hurricanes with as much bravery as people can muster. Isaias, an August tropical storm, in the already stressful summer of 2020 was an example of adding fuel to a fire. Homes in Raleigh and also in the coastal town of Ocean Isle Beach were unfortunate textbook cases of how fires can strike when vehicles are flooded: even a golf cart battery, suspected in one case of sparking a fire, and destroying a life’s dream home.

The reason to consider these natural events and the potential for odd fires? Because it all too often happens that insurance companies (thankfully, perhaps not most) find reasons to delay paying damages. Even worse, if insurers find reasons not to pay at all…or to pay cents on the dollar. Regardless of the situation, people should not be hesitant to contact a specialist in premises liability law if they suffer a significant loss. Though insurance agents may discourage it, and even treat the choice as indicating dishonesty, the truth is exactly the opposite.

Talking with a well-qualified premises or negligence liability or insurance law firm helps make things stay on the right track.

The fire broke out near the small town of Pinnacle, in Stokes County in April. As adduced by the premises liability attorney afterwards, a valid insurance policy had been taken out the September before. It is always a good idea in any case involving a potentially suspicious fire, where your interests have been harmed, to work with an experienced premises/Negligence lawyer or well-qualified trial attorney. From the very beginning, it appeared that there was going to be high degree of skepticism about the cause of this fire.

In fairness, there was reason for the insurance adjuster to suspect the cause of this blaze. One of the problems that premises liability attorney working on your side help address is when this suspicion attaches to the wrong person. Just because someone is making the claim or has an interest in the fire should not automatically make them a suspect.

What really started the skepticism about Mr. Bryant’s insurance claim came from the insurance Lawson gestures interview, only two days after the fire. The insurance adjuster asked to record the conversation, and Mr. Bryant quickly agreed to do so. This, Bryant’s premises liability lawyer later noted, hardly indicated the attitude of someone who was afraid of getting the story out. The story itself was fairly straightforward, but did raise some interesting issues.

Bryant had taken his family from the home the night before the fire. The reason for going was ostensibly a visit to Bryant's brother in law's home in Mount Airy --- about 12 miles away. Bryant told his premises liability lawyer that he had gone to Mount Airy to “work on a painting job for...Mrs. Hyatt.” Oddly enough, it was later revealed that Mrs. Hyatt testified she did not recall ever hiring or “even knowing Mr. Bryant.”

But the most damning evidence was that the town fire detective in the investigation said that he believed the “fire was incendiary in nature…a fire that is non-accidental... intentionally caused.”

There was another, apparent inconsistency about Bryant’s personal life that was the largest problem.

The insurance investigator asked Bryant general questions about personal background and family. Questions about the approximate value of the home and its contents. It was when Bryant said he was currently married to Oma---named on the policy—but also stating in reality,  he was “still legally married to [his] first wife, Eunice.” This matrimonial misspeak became the factor that the insurance company said  ‘proved’ that Bryant had lied. Any important lie, they argued, and they should be off the financial hook from making any payments for the fire. The key test would be if it were a material misrepresentation and had a connection with...“their claim for insurance proceeds.”

Bryant’s experienced premises liability attorney overcame these issues of credibility. The jury returned a verdict that awarded the full amount of coverage. The jury agreed with the premises liability lawyer that, essentially, the statements about marital status were immaterial to proving the allegations of dishonesty.

On appeal, the key issue became whether or not the trial court judge had properly instructed the jury about how to assess what was important in terms of allegedly “material misrepresentation.”

It can happen that someone who is making a major claim after fire damages is simply misunderstood, when interviewed by an investigator. Unfortunately, as an experienced premises liability attorney can tell you, this may be taken as a deliberate misrepresentation or outright lie by the insurance company. Clearly, in terms of premises liability law this can be a very disingenuous attempt to simply avoid making good on a costly insurance claim.

In this case, the premises liability attorney argued that the judge’s instruction was more than adequate to address any possible misrepresentation by Bryant.

The judge instructed the jury in the following way:

“Now, members of the jury, a misrepresentation is material if the facts misrepresented would reasonably be expected to influence the decision of the defendant insurance company in investigating, adjusting, or paying the claim to the plaintiffs.”

There’s another set of circumstances that can cause apparent misunderstandings or even misrepresentations. Many times, premises liability lawyers point out that the questions asked are not directly relevant. They may seem to be unnecessarily prying into the person’s personal life. In this case, there were intensely personal issues about the marital status of the Bryant family.

The premises liability lawyer for the Bryant family successfully argued that the judge’s instructions on fraud and false swearing actually justified the jury’s finding… there were no material misrepresentations. The premises liability attorney was willing to concede that, yes, there was  “conflicting evidence as to whether” Bryant knowingly and willfully made material misrepresentations.

But the conflict was for the jury to settle.

Ultimately, it clearly required a qualified premises and liability lawyer to make sure a proper insurance settlement occurred. In other words, where there’s smoke did not always mean there was arson.

Conclusions:    If you, a family member or a loved one have been hurt in a home accident or suffered major property loss—or have questions about insurance claims or need help related to an insurance policy, please contact us. You will speak with a premises or expert trial or insurance litigation attorney who can best answer your questions. There is never a fee for this initial consultation.