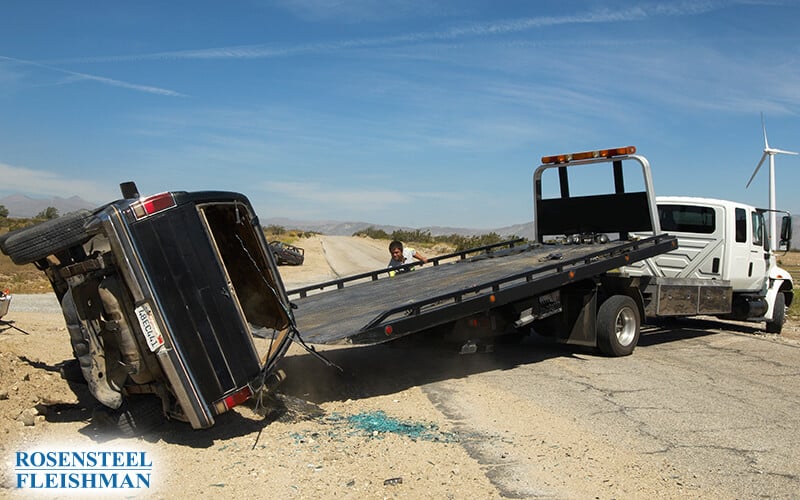 We all know a little about dealer tags: and feel confident that when we take a test drive, we are operating with some trust in the dealership. So, what happens when a North Carolina dealer uses the tags for something other than test drives, or conveying a vehicle from point A to point B, as part of its regular business?

Mr. Green was driving a Pontiac, owned by and tagged with his employer’s (a Toyota dealership) dealer tags. It was a matter of tag, someone else was hit: Green was cited for causing the accident involving Mr. Johnson. Johnson got the help of an experienced Charlotte car accident attorney, who recognized the dealership might also be liable for the accident. To prove this, the car accident attorney had two major issues: (1) was there strict liability on the dealership because it was involved?  (2) Was the use of tags a direct cause of the accident?

when a qualified Charlotte car accident attorney can prove that there has been a specific violation of North Carolina law, this is often more than half the way to proving general liability. In this case, it was an interesting argument on whether or not dealer plates proved to be a per se liability or not. The difference came down to whether or not the court would interpret the rules about dealer tags being used as a revenue or safety provision.

The attorney noted that the dealer tags could be seen as being for one of two purposes. They could be required as a matter of revenue for state administrative purposes, or they might play a part in highway safety.

While the court agreed with the accident attorney that North Carolina seemed to lean towards holding the use of dealer tags as a safety provision, the more intricate question whether or not proximate cause was established as a result.

III.   Effect and Cause?

Having agreed with the Charlotte car accident attorney that the tags were a safety matter was pivotal to the deeper issue: did the use of tags by Green mean the tag’s misuse caused the accident?

Admittedly, many people would say of course not. But this also shows why car accident representation is a specialty. Most states that have looked at the question have decided car tags are a safety issue. It is also possible the General Assembly could specifically address this issue, and once again, this emphasizes how important it is to work only with an experienced attorney. Not only may North Carolina rules change, and the acts of the case be distinguished, but other rules may apply (for example) if a neighboring state dealership may be involved.

Ultimately, in this case the accident attorney also did a great job in proving what the dealership knew. This information, as we will discuss, emphasized the dealership itself also saw the tags as being a safety concern.

Among other things, a Charlotte car accident attorney who is experienced in these vehicle cases knows how to find important evidence. Oftentimes, it is testimony that people have written down in notes, or emails. Recalled phone conversations are often the difference in winning or losing the case: in this case, the attorney obtained testimony that the dealership manager had actually exclaimed at one time “make damn sure he's careful”.

The accident attorney also discovered other crucial evidence. The dealership had specifically allowed the Pontiac to be allowed on highways, and not just around the lots. This meant that both Green and the Toyota dealership could reasonably foresee that letting the tags stay on the vehicle meant that other motorists on a public highway were involved. There was even evidence obtained by the correction attorney that the dealership manager had some knowledge of Green’s lack of care in previously driving the car.

There was more. The attorney had even obtained evidence that the president of the Corporation himself had actually seen the vehicle being used and had some knowledge of the fact that an employee of the company was using dealer tags to drive the car for personal errands.

The clear effect of this evidence gathered by the accident attorney was to better frame the issue about whether or not the tags had caused the accident. Ultimately, the judges agreed that it would be up to a jury to finally settle this issue. The Charlotte car accident attorney had successfully defended the lawsuit.

It is fair to say that it was compelling evidence to hear an acknowledgement by the dealership itself that they knew they were taking a risk. Beyond that, however, the Charlotte car accident attorney had probably made a prima facie case that was fairly convincing to the jury. The fact the dealership had allowed this use to go on “for months” did not help their credibility. There was also, as the Court observed, a policy reason they had to pay attention to…it was very possible the dealership had helped Green avoid mandatory insurance rules in North Carolina. By using the company car and tags, he did not have to face the issue of obtaining his own insurance. This use of dealer tags, whether decided to be for revenue or safety, was in conflict with the State’s Financial Responsibility Act. Though the attorney did not make this specific argument, it was adduced as a possible inference form his excellent investigation.

So if you, a family member or a loved one have been hurt in a vehicle accident—or have questions about insurance claims or need help related to a motor vehicle insurance policy, or involving related claims involving a dealership or dealership employee, please contact us.  You will speak with a Charlotte car accident attorney who can best answer your questions. There is never a fee for this initial consultation.