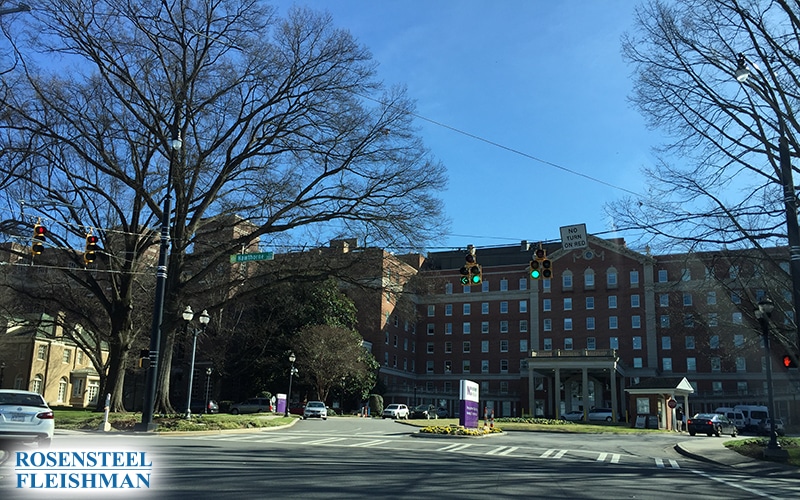 Medical negligence law and the crucial role of jury fairness

I. Finding the Best Lawyer for the Job

How ‘good’ should “good” be, when it comes to life and death help? When it comes to defining medical expertise, the difference and defining good from just getting by, often requires the experience of the most qualified medical malpractice attorney or Med Mal law firm. This results from the fact that while medical expertise may mean one thing in an operating room, a courtroom is an entirely different sort of theater.

One vital difference is to be sure that you have a negligence or malpractice attorney who truly cares about you and your case. You are never just a number or another case to a qualified Charlotte medical malpractice attorney. In the following case, this very human approach assured that the instructions given to a jury were appropriate. The way a jury hears a case should include the injured person’s real life experience with a doctor charged with malpractice.

How important is it to have a very experienced trial attorney on your side? This case demonstrated how vital it is to have that experience working for you. The reason is that in any medical malpractice or negligence case, it is almost a given that the Corporation, hospital, or doctor will also have very expensive and very experienced legal representation on their side.

To even the scales, finding a well-qualified and experienced trial and negligence attorney who understands that push and pull of the law is essential.  The medical malpractice attorney in one particular case felt that he had some strong arguments about the jury instructions being prejudicial and unfair. But first, his own client’s case made him have to try and ‘duck a bullet’ fired from the other side. Specifically, The Med Mal attorney for the doctor argued that it was impossible to tell from the request challenging the jury instructions precisely what was being objected to.

Common sense dictates that no attorney helps his client's case --- especially medical malpractice --- by alienating or upsetting a judge. It cannot be definitely stated from the facts that were given in this case, but it's possible that the medical malpractice attorney here knew that he had pushed as far or as hard as he could. In fact, The Supreme Court itself went out of its way to praise the trial judge:

“... We intend no especial criticism of the able tribal judge , for the charge given, considered in its separate parts, was nearly in precise conformity with the pattern jury instructions and our prior case law.”

III.   The Struggle to be Fair

To be seen both as fair, and to in fact be fair... these are the ultimate goals of the trial judge. It is an unfortunate thing that being fair does not “just happen” in the legal system. You actually need a qualified medical malpractice lawyer to protect and advance your interests and truth. The judge will try to pass this duty on to the jury at some point. Like a baton in a middle distance race, however, the handoff can be iffy. An experienced medical malpractice lawyer will help make sure that this handoff is clean and in legal terms fair. That handoff was questionable in this case, and resulted in the medical malpractice lawyer protecting his clients all the way to the North Carolina Supreme Court.

The legal rules for practice in Superior and District courts in North Carolina require that, before the jury receives a case, they get what is called a “charge.” The charge means that a trial judge is going to hold a charging conference, at which time he or she goes through the pattern jury instructions with the lawyers. These pattern jury instructions are like a recipe so that courts all over the state are working from the same basic instructions. But because each case can be so unique, attorneys for both sides argue for slight but important changes, including or excluding certain terms or words.

There were two telling points that the medical malpractice attorney made about the flawed jury instructions.

First, that it was incorrect to say that the doctor was not responsible for any mistake in his diagnosis if it came about as a result of "honest error.” Second, the language used in the jury instruction to the effect that "a doctor does not ordinarily ensure the success of his medical treatment." This alleged ‘guarantee’ was irrelevant in this case, since there was no issue concerning whether a guarantee had been raised! This made the introduction of this standard misleading.

The North Carolina Supreme Court agreed with the medical malpractice lawyer’s point. It did indeed appear that the pattern jury instructions and the way that the trial court judge delivered them: seemed to favor the doctor from ever being found guilty of any malpractice. The trial court decision acquitting the doctor was dismissed and a new trial was ordered.

So. how exactly had this trial attorney, in a difficult field of medical malpractice, really managed to win over the Supreme Court? It was the aggregate strength of the negligence attorney’s arguments. As the Supreme Court itself conceded: “Our decision in this case is directed equally to the exculpatory nature of the pattern jury instructions themselves and to their selections and use by the trial judge.”

If you, a family member or a loved one have been hurt in a medical or health care setting—or have questions about insurance claims or need help related to counseling malpractice, or involving related insurance claims or hearings, please contact us. You will speak with a medical malpractice lawyer who can best answer your questions. There is never a fee for this initial consultation.