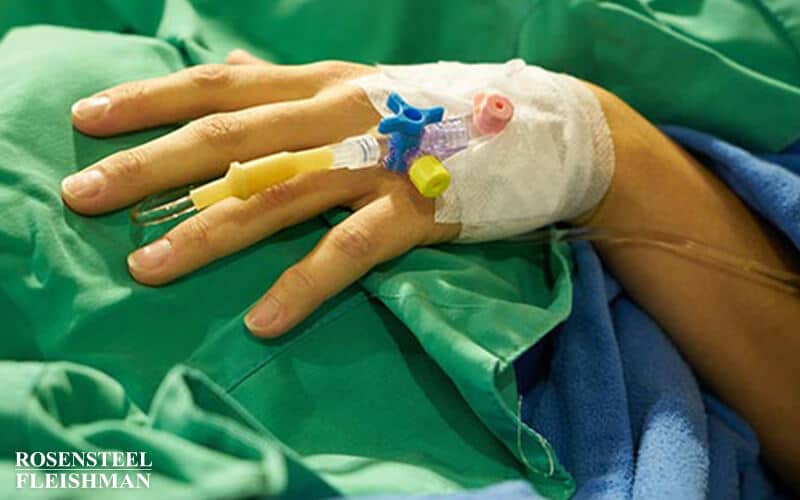 On April 30, 2012, emergency medical services (EMS) arrived at the home of Anthony Lawrence Savino. Mr. Savino was experiencing chest pain and told EMS that the pain was radiating down both of his arms and he was experiencing both numbness and tingling. EMS checked Mr. Savino’s vitals at his home and did an electrocardiogram on the way to the hospital. All the tests led EMS to conclude that Mr. Savino was not having a heart attack. They gave him four baby aspirin, IV fluids and sublingual nitroglycerin and brought him to the hospital.  Mr. Savino was discharged from the emergency room a few hours later. That night, Mr. Savino’s wife found him unresponsive. Mr. Savino was pronounced dead at the scene. He had suffered a heart attack.

The main issue in the case involved the transfer of Mr. Savino’s care from EMS to CMC-Northeast. It was discovered that the information gathered by EMS (Mr. Savino’s chest pain complaint and the medication administered) was never given to the emergency room doctor. After a 23 day trial between October and November of  2016, the jury returned a verdict in favor of Mr. Savino’s estate, finding that Mr. Savino’s death was the result of the defendants “(1) negligence; and (2) negligent performance of administrative duties.”  The total damage award was $6,130,000. Of that, $680,000 was for economic damages and $5,500,000 was non-economic damages. The court then awarded Mr. Savino’s estate an additional $15,571.52 in costs and $417,847.15 in pre and post judgement interest.

In 2001, North Carolina passed a law imposing a $500,000 cap on non-economic damages in medical malpractice cases. That number increases yearly for inflation, and in 2020 it was $562, 338. However, when recklessness, or other factors are found, the cap can be ignored and a higher award can be considered. In Savino, the jury determined that the hospital acted recklessly in disregarding the safety of a patient which allowed them to award $5.5 million in non-economic damages.

Second, the Supreme Court determined that Mr. Savino’s estate had properly pled negligent performance of administrative duties as part of its general medical negligence claim. The Supreme Court’s decision relied on the North Carolina General Assembly’s amendment to the statute governing malpractice, in which the General Assembly expanded medical malpractice to encompass “administrative or corporate duties to the patient.” N.C.G.S. §90-21.11(2)(b).

Mr. Savino died in 2012. Two years later his estate filed it’s first complaint. In 2016 an amended complaint was filed. The case was tried before a jury in late 2016. That was not the end of the case. It was appealed first, to a North Carolina Court of Appeals, and then again the North Carolina Supreme Court. The case did not fully resolve until 2020; 8 years after Mr. Savino’s death. Medical malpractice cases are time, money and labor intensive. It is important that you consult with an attorney as soon as possible who can guide you through every step of the process.

If you have a medical malpractice case, the Charlotte, NC based lawyers at Rosensteel Fleishman, PLLC are experienced malpractice attorneys who can help you understand your rights and whether or not there is negligence to proceed with a medical malpractice claim. Please contact our office at 704-714-1450. There is no fee for an initial consultation.