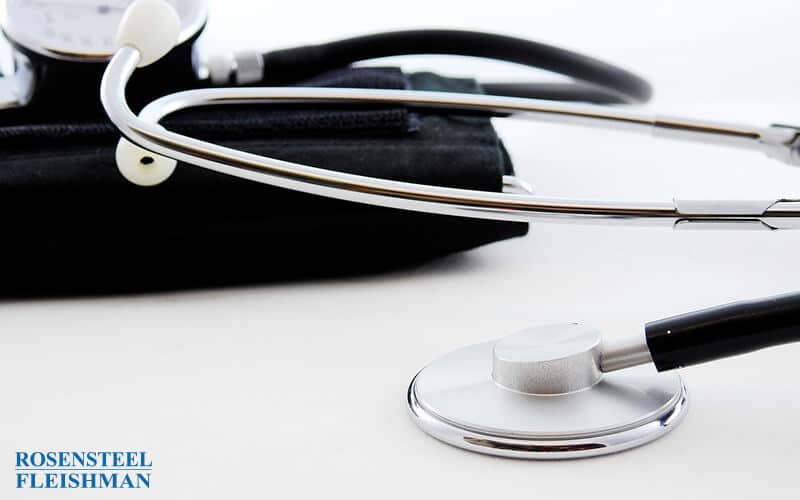 Periodically, the cases of individuals are highlighted to demonstrate the difficulties which sometimes arise as a result of the non-economic damages cap which exist in many states. Just last month, the case of a South Dakota woman was written about for this reason. The woman went to the hospital to undergo a procedure which would remove the dead fetus inside of her uterus. During the procedure, her uterus was mistakenly perforated. However, this injury was not discovered until after the surgery was complete and the woman suffered internal bleeding. She was rushed back to the operating room and her perforated uterus was removed, leaving her unable to have any future children.

Many states have caps on non-economic damages in medical malpractice cases, and most of these caps were initially instituted to protect health care providers against frivolous lawsuits. South Dakota, in particular, instituted its cap to protect the practitioners in its many rural areas who had trouble affording medical malpractice insurance in the pre-cap era. However, opponents of the non-economic damages caps argue that the caps really hurt people who have the most serious injuries (like disfigurement or brain damage) and keep them recovering damages which are on the level of their suffering. In such an environment, lawyers will turn away valid cases.

The South Dakota statute has not yet been challenged, but similar statutes which limit non-economic damages in other states have been challenged. Last year, the Florida Supreme Court held in Estate of McCall v. United States that the Florida statute which limited non-economic damages was unconstitutional in a wrongful death case. The Florida statute limited non-economic damages to $500,000 per claimant and per practitioner, regardless of the number of claimants. The cap was raised to $1 million total recovered from all practitioners, regardless of the number of claimants, if the negligence resulted in a permanent vegetative state or death. In addition, if “manifest injustice” would occur unless increased damages were awarded or if the plaintiff suffered a “catastrophic injury,” then the cap was increased to $1 million.

The case arose out of a situation where a woman died shortly after childbirth. At trial, the jury awarded $500,000 for the deceased woman’s son and $750,000 for each of her parents, for a total of $2 million. Because of the cap on non-economic damages, the district court limited the damages to $1 million. On appeal, the plaintiffs argued that the statutory cap violated their equal protection rights under the constitution.

When a challenge is made to a law under the equal protection clause and no suspect class or fundamental right is identified, the rational basis test applies. “To satisfy the rational basis test, a statute must bear a rational and reasonable relationship to a legitimate state objective, and it cannot be arbitrary or capriciously imposed.”

The court concluded that “[t]he statutory cap on wrongful death noneconomic damages fails because it imposes unfair and illogical burdens on injured parties when an act of medical negligence gives rise to multiple claimants.” Such claimants “do not receive the same rights to full compensation because of arbitrarily diminished compensation for legally cognizable claims.” The statute “treats similarly situated, eligible survivors differently by reducing the damages awarded without regard to the fault of the wrongdoer and based solely upon a completely arbitrary factor, i.e., how many survivors are entitled to recovery. The greater the number of survivors who are eligible to recover noneconomic damages in a medical malpractice wrongful death action, the lesser the award that each individual survivor will receive.”

In addition, the court concluded that “the statutory cap on wrongful death noneconomic damages does not bear a rational relationship to the stated purpose that the cap is purported to address, the alleged medical malpractice insurance crisis in Florida.” The court called into doubt this medical malpractice insurance crisis by looking at reports which indicated that during this alleged time of crisis, the number of physicians did not decrease, but actually increased. Additionally, the court noted that it is not clear that insurance rates will decrease if caps are instituted. Without forcing insurance companies to lower rates, caps merely increase the profits of insurance companies rather than decreasing premiums for doctors.

Therefore, the Florida Supreme Court concluded that the evidence fails “to establish a legitimate relationship between the cap on wrongful death noneconomic damages and the lowering of medical malpractice insurance premiums.”

Like both Florida and South Dakota, north carolina also has a cap on non-economic damages in medical malpractice cases. G.S. 90-21.19 limits the amount of non-economic damages against all defendants to $500,000. This limit is to be reset every three years based on the Consumer Price Index in 2011. However, the North Carolina statute states that the limit does not apply if the trier of fact finds

both of the following:

The North Carolina cap on economic damages was passed relatively recently, in 2011, and has not yet been challenged in the appellate courts. Because of the statute’s exception to the cap in the worst cases, it is more likely that this statute would pass the rational basis test under an equal protection clause challenge. It will be interesting to see if the North Carolina courts weigh in on this issue.