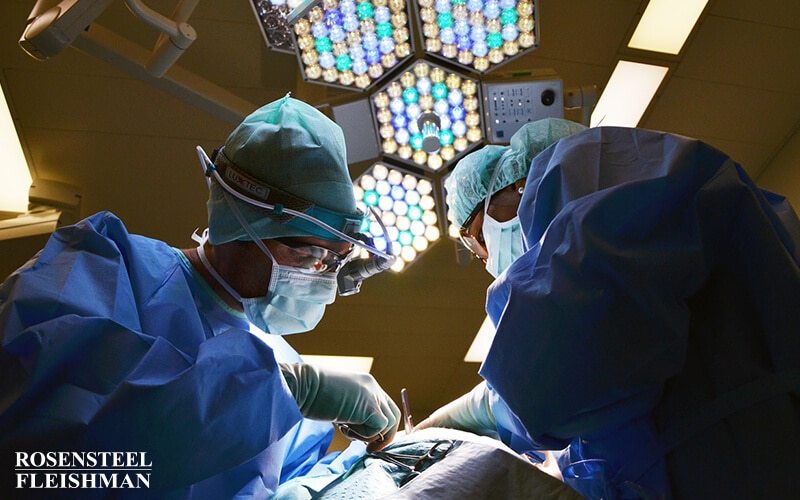 The gallbladder is a pear-shaped organ located under the liver on the right side of your abdomen. The function of this organ is to store bile, which contains bile acids that are vital for the digestion and absorption of fats and fat-soluble vitamins in the small intestine.

One of the most common causes of gallbladder pain is gallstones, which occurs when cholesterol and other substances found in bile form stones. When the stone passes from the gallbladder into the small intestine, or becomes stuck in the biliary duct, it can cause pain. Gallstones vary in size and can be as large as a golf ball.  Some people may only develop one gallstone, while others may develop multiple gallstones at the same time. Some people experience complications from gallstones, while others will not.  If the gallstones become problematic, you may need your gallbladder removed. Other conditions, such as biliary dyskinesia (the gallbladder does not empty bile correctly due to a defect); cholecystitis (inflammation of the gallbladder); and pancreatitis (inflammation of the pancreas) may require gallbladder removal as well.  mayoclinic.com

In some cases, a lap chole may need to be converted to an open procedure if complications arise during the procedure. Causes for conversion include, but are not limited to, the surgeon’s inability to correctly identify the anatomy, bleeding, lodged gallstones, and/or a bile duct injury.

Like most surgeries, cholecystectomies, whether performed as an open procedure or a lap chole, involves a risk of potential complications, such as, among other things, bleeding, pneumonia, infection, and a bile duct injury (BDI).

A BDI is the most common injury which occurs during a lap chole.  A bile duct can get cut, burned, or pinched during the procedure. When the bile duct is injured, it no longer functions properly, and as a result, leaks bile into the abdomen or blocks the normal flow of bile from the liver.

In approximately 10% to 30% of all gallbladder cases, BDIs are found by the doctor during the surgery. The doctor may notice leaking bile or a blockage by sight, or by using a test called an intraoperative cholangiography (IOC).  IOC is an X-ray exam of the bile ducts after a dye has been injected to make the flow of bile clearly visible on the X-ray image. However, in many cases, a BDI is not discovered until after the surgery when the patient becomes symptomatic. Symptoms of a BDI include fever, chills, nausea, vomiting, abdominal pain, abdominal distension, pain, and yellowing of the skin and the whites of the eyes (jaundice). BDIs can be deadly if not treated. Cleveland Clinic.

Doctors are trained to visualize a patient’s anatomy during a surgery. Unfortunately, some surgeons, for one reason or another, make an assumption about the patient’s anatomy and cuts where he/she should not be cutting. For instance, a surgeon may cut the common hepatic duct instead of the cystic duct. Poor visualization of the gallbladder and the bile ducts, or unusual anatomy, are common causes of BDIs. One out of every 1,000 lap choles will result in a BDI. Cleveland Clinic

Many BDIs are preventable and are not always caused by medical negligence. Most injuries are repairable if recognized timely and treated properly. If doctors fail to perform diagnostic tests like an IOC, or fail to recognize the symptoms of a BDI, the patient may develop devastating, and potentially life threatening, complications.

November 2016:  The Illinois Appellate Court upheld a 0,000 jury verdict in a medical malpractice suit for a man’s death caused by a negligently performed gallbladder surgery. The patient’s primary care physician determined the patient had gallbladder disease and referred him to a doctor for a surgical consultation.  The doctor accidentally severed the patient’s common bile duct rather than the cystic duct. As a result, the man suffered months of medical complications related to the incident and eventually died. ahcmedia.com

June 2017:  A Pennsylvania medical malpractice jury recently awarded million to a woman for the painful and permanent injuries she suffered as a result of her surgeon’s breach of the standard of care in performing her gallbladder removal surgery. law.com

If you or your loved one has been a victim of a medical mistake, call (704) 714-1450 to make an appointment to speak with an experienced Charlotte medical malpractice Attorney, or stop by the office during regular business hours. We will schedule an appointment that meets your needs. There is no fee for the initial consultation. Whether you call or come in the office, you will speak directly with a Charlotte medical malpractice Attorney who can answer your questions and advise you of your legal rights.