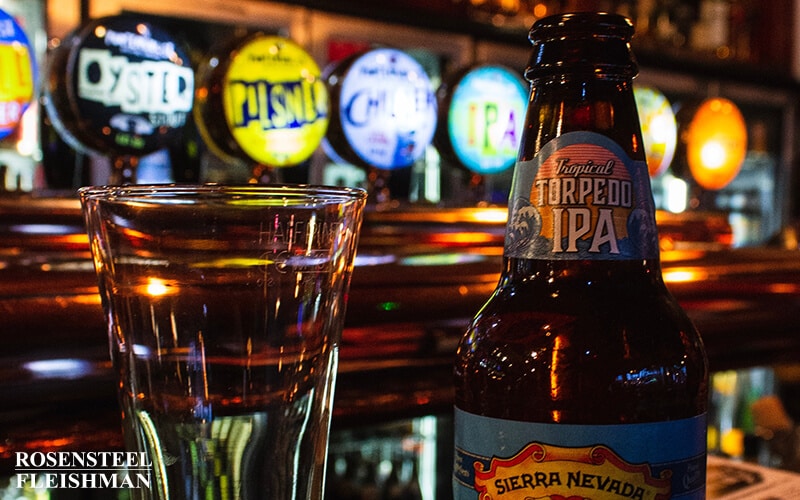 Many of the most important legal concepts that affect people, day-to-day, are actually not very well known. However, the idea of “dram shop” laws are so important in American society that a lot of people know enough about them to make some basic decisions. Drinking is one of the most common, and thus dangerous, activities of life. Mothers Against Drunk Driving has raised public awareness, of course. At the same time, there are well over 10,000 alcohol related deaths on US highways every year. Some of this common understanding also probably comes from the awareness of just how frequently people are harmed in drunk driving cases across the country. The national average is that 1 of 121 drivers will be cited for driving under the influence of alcohol each year. Closer to home, 11,342 drunk driving crashes, and 368 deaths, occurred across north carolina in the last reported year (2017). As with similar laws to encourage better decisions, successful Dram Shop lawsuits, with help from a personal injury lawyer, or a drunk driving attorney, helps get the message out to bars: don’t serve, or stop serving, people who are apparently drunk.

Unfortunately, in terms of serving to warn bars not to serve clearly drunk people, Dram Shop laws also vary differently from state to state, and within the South itself. This complexity is why it is vital to work with experienced a North Carolina trial attorney who understands North Carolina Dram Shop rules. With all the information (and misinformation) now known about drunk driving and Dram Shop rules, it is worth really knowing how they can affect you or loved ones.

There’s not much trivial about the dram shop rules, even though the word “dram” comes from trivia...the word dram comes from Olde English, and refers to the way alcohol was measured (a spoon was a dram’s measure). In the same way, places that measured out spoonfuls of alcohol for sale became called ‘dram’ shops. But even there, it’s good to look at the basics of North Carolina’s Dram Shop rules: it’s also a bad idea for a bar to give alcohol to a visibly drunk person. The North Carolina ABC Commission gives some examples of when service should stop. Symptoms that may trigger bar liability include: signs of loss of physical coordination, behavior changes, and of course speech.

The federal Prohibition against American alcohol sales came to an end in 1933. What followed became a complicated, crazy quilt of liquor laws all over the country. The dram shop laws can also be so complicated inside a single state like North Carolina. In this state, there have been tough cases with deciding “fault.” Even in a single state, judges can reach very different decisions. An important Dram Shop case heard by the North Carolina Supreme Court showed that complexity. And it was a heartbreaking case, too: a young woman died from alcohol poisoning, during her anniversary celebration. In that case by North Carolina’s high court, it was an agonizingly close decision to deny a deceased woman estate’s legal claim against the bar: 4–3 in favor of the defendant bar. The case, as tragic as it is, is also legally interesting. It raised the issue of using a Dram Shop argument when the woman didn’t die behind a wheel, but in her room after the drinking. Let’s take a look at this case now.

A bar in Asheville was sued for negligence, with continuing to serve alcohol over the course of a 4 ½ hour 10th anniversary by a Charlotte couple. The woman became so intoxicated, that staff actually ended up using a wheelchair to bring her from the bar to her room. The next morning, her husband found her dead on the floor of their room.

The court struggled with whether, and when, someone who dies from a drinking episode, alcohol poisoning in this case, bears the risks of their own choices in drinking.  The woman had been served during her anniversary celebration: downing at least ten drinks in a two-hour period. The cause of death was not drunk driving, but acute alcohol poisoning. Unlike so many other Dram Shop claims, this involved serving someone who never left the building in a vehicle. Eventually, the Supreme Court viewed the death as a sort of legal boomerang: that the woman had so contributed to her own death by choosing to drink too much, too soon (contributory negligence) that the hotel bar had no comparable legal liability.

Briefly: Personal Responsibility as An Issue?

The difficulty of the North Carolina Supreme Court in reaching a decision is challenging enough. Deciding how to place blame for alcohol use can seem like a very artificial line to draw. The entire notion of how blame gets shared in the case we talked about here may be changed in another court decision. On the other hand, there are also the Dram Shop laws passed by the North Carolina legislature too. One set of differences in some parts of the laws about illegal service has to do with the age of the people drinking. People who are under age 21 have a different set of North Carolina laws than the Dram Shop laws. There is an overlap, and some important differences. One important element is who is an “aggrieved” party. This part of the Dram Shop law is key to allowing innocent parties to sue the bar. Minors, who are breaking the law by buying the alcohol, are not “aggrieved” parties and face this major hurdle to sue. In that way, it is similar to the reason the woman who died and was not protected (though her supposed contributory negligence comes from another part of law). Once again, having only a qualified drunk driving or personal injury lawyer can be among the most important decisions you make. Though some important rules may change, the law still seeks to enforce one consistent rule. People who appear to be most vulnerable to being given or sold a drink, should not be given alcohol.

Conclusion Tough cases, someone once said, “make bad law.” When it comes to the costs of drinking to excess, courts and the legislature are going to have to make decision about how well the laws are working. There will also be questions raised about the operations of the North Carolina ABC (Alcohol Beverage Commission). No matter what changes, or criticism, may be directed at ABC, there’s another important lesson. Interpreting court decisions and laws is one thing. Administrative rules, such as those passed by the ABC, are not always understood by the average lawyer. The administrative rules and procedures employed by the ABC also have important consequences for protecting your rights when hurt by unlawful alcohol decisions. If you or a loved one was injured because of another person’s negligence, or a bar owner or operator, involving any of these Dram Shop restrictions, please contact us.  You will speak with a personal injury lawyer who can best answer your questions.  There is never a fee for this initial consultation.