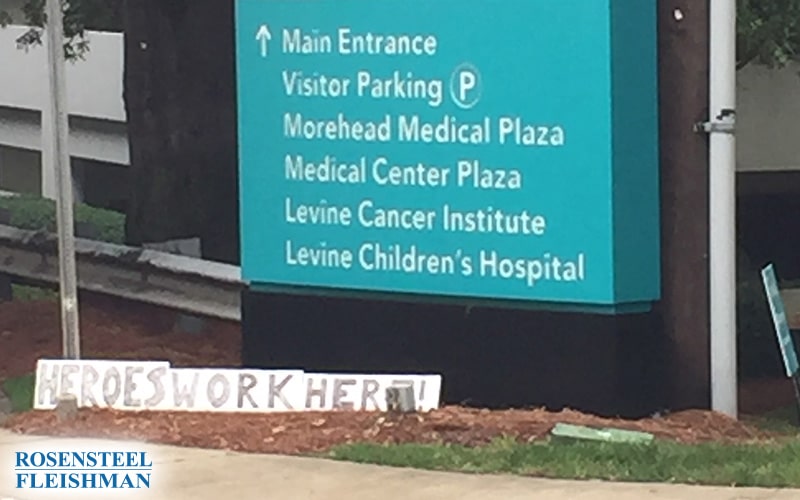 If We Only Knew Then: Medical Malpractice and prenatal informed consent

I. Birth Defects and Med Mal in North Carolina

North Carolina, helped along by talented medical malpractice lawyers, has become a leader in decisions protecting the rights of parents. Some of the hardest malpractice cases involve birth defects and mistakes in prenatal care. With new genetic testing and prebirth surgery, malpractice now often includes even the unborn. Not that this has been a steady course of medicine and law: in fact, the potential for new case law is often based on confusing, limited, or new medical technology, laws, and what state’s law is in play. Down Syndrome, such as in the case to be looked at here, have been among the most talked about malpractice areas affecting parental/prenatal decisions.

One of the biggest problem for parents who face these tough choices is feeling alone. That is why finding only lawyers with adequate medical malpractice experience is so important in these often soul-searching, heart-wrenching cases. Having said that, it is even more difficult for people who may have medical contacts in or out of the state of North Carolina. For example, med mal lawyers are well aware of the fact that crossing North Carolina state lines for medical care often means more confusion to the parents. Thus, it is important to talk with a med mal lawyer who is aware of other laws in other states as well. Twenty-eight states, in fact, recognize wrongful birth claims: while 12 other states specifically prohibit wrongful birth lawsuits in medical malpractice. These twelve states can be said to sometimes protect doctors who may violate the conscience if not the letter of the law. The 12 states that have acted to prohibit wrongful birth malpractice suits are: Idaho, Utah, South Dakota, Minnesota, Oklahoma, Arkansas, Missouri, Kentucky, Michigan, Pennsylvania, Georgia… and, yes, North Carolina. But even these twelve states face challenges, since the federal government or federal courts may eventually become involved in settling these wide variations in law.

One of the nation’s leading cases regarding what genetic information doctors must tell parents, before birth, comes from North Carolina. It is an interesting case, not only for how wrongful life has been discussed in North Carolina, but also in terms of several related issues. A qualified Charlotte medical malpractice lawyer can speak to issues related to costs of raising a special needs child, as well as these impacts on siblings. The North Carolina case is also instructive because of its very prominent dissent, which will be discussed in the last part of this article.

It’s worth noting the differences between terminology in cases where doctors may not tell parents about any pre-existing or genetic abnormalities in an unborn child. Second, are the unfortunate and misleading labels of wrongful life and secondly wrongful death birth, now being used in North Carolina.

II. Beyond the wording of wrongful life...

…are parents who often feel betrayed by their doctors, as opposed to strangers who argue over abortion access. Instead, these cases are almost always parents, most concerned about the lack of effective medical treatment. Medical malpractice lawyers know that failing to inform patients about any basic health issues will almost surely impact the quality of someone who was born with a birth defect. In a very real sense then, this phrase “wrongful life” is a misnomer. As the Charlotte medical malpractice lawyer pointed out in this case, wrongful life is poorly descriptive, and somewhat misleading title. Unfortunately, this confusing label may stop parents after a birth from getting advice from a malpractice lawyer. Despite North Carolina’s rejection of “wrongful life suits,” there may be other malpractice issues to allow some legal relief. This relief may be available for parents or, cruelly, even for a child with a disability, because doctors did not give full information about a child’s condition.

... differs very much from wrongful life, in the sense that the parents themselves may eventually have a stronger, separate claim against medical practitioners who failed to give them information. It is this second issue that the dissent in this case particularly emphasized. Arguably, it is wrongful birth, and specific breach of duty to the parents, which is much closer to recognized malpractice under existing North Carolina law.

The introduction of any family of a new child has an impact on the siblings, too. The experienced medical malpractice lawyer in this case had attempted to remove any ruling on the impact on siblings by the North Carolina Supreme Court. Instead, the justices elected to extend their jurisdiction to decide this particular issue anyway: they dismissed the siblings’ potential claim for damages along with the other claims.

The dissenting judge noted that the Charlotte medical malpractice lawyer had, in his opinion, certainly proven some damages, and that some type of measurable harm had occurred. The dissent agreed with the medical malpractice lawyer, essentially, by stressing that the “parents were not injured by the child’s existence. They were injured when they were deprived of information, they needed to make an informed choice whether to allow their child to come to term.”

This emphasis on a duty to inform parents about risks was consistent with the judge’s observation that abortion was a right already recognized by the North Carolina Assembly. The real issue in this view, then, was not about aborting a child. The damage to be assessed was whether or not the doctors in the case had properly discharged their obligations to timely notify the parents.

As noted earlier, changes in medical malpractice regarding birth defects can happen fairly unevenly and quickly. Someday, the United States or North Carolina Supreme Courts or the North Carolina Assembly may well react to broaden medical informed consent duty. It is crucial to seek help from a medical malpractice lawyer as soon as possible if someone has not received full disclosure for any host of medical treatments.

So, if you, a family member or a loved one have been hurt in a medical or health care setting—or have questions about what disclosures may or may not amount to malpractice, or involving related medical claims or your child’s legal rights to recover in malpractice, please contact us.  You will speak with a Charlotte medical malpractice lawyer who can best answer your questions.  There is never a fee for this initial consultation.