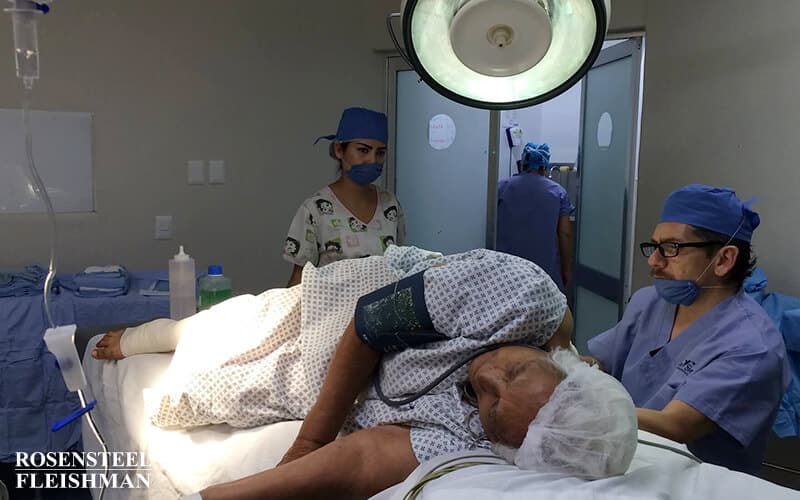 I. Medically Suspect
When it comes to applying negligence law, words always matter. But in terms of applying for punitive damages for medical negligence, actions always speak louder than words. Punitive damages are just what they appear to be: punishment for especially horrible mistreatment.

Explaining these issues to a jury is necessarily complicated. It requires more than average experience and knowledge of negligence law for a negligence attorney to represent a client’s best interests fully and adequately. Ideally the jury is going to have a chance to hear the argument for why the conduct was so outrageous that punitive damages are also fair and allowed under the law. Sometimes, a jury does not get this right.

There can be many reasons why punitive damages instructions aren't allowed by a trial court judge or are considered inadequate by an experienced med mal attorney. In the following case, for example, the trial court judge did not feel that there had been adequate evidence introduced to justify certain requests by the attorney for the injured party. In order to correct wording in the complaint, the negligence attorney sought to amend the filing and complaint. The trial court judge denied that request – yes, proving that words are pivotal--- and sent the case as it was to the jury. Based on the judge’s instructions, the jury did not find punitive damages were appropriate. Seeking to get approval to amend the original complaint, the negligence attorney in this case quickly appealed.

What follows is an interesting push and pull approach by the Court of Appeals. How to possibly allow amending of a complaint, if there are grounds for punitive damages? Clearly, there was some proof of wanton conduct at the trial. As it turned out, the jury would not get those facts.

For several reasons, and in this somewhat peculiar case, the appeals court decided not to allow an instruction for punitive damages. It is an interesting discussion, and definitely emphasizes why it is absolutely crucial to the success of a case for medical malpractice to work only with a very experienced medical malpractice or personal injury law firm. Given that the negligence law firm in this case had credible evidence that the doctor had actually falsified the treatment in the emergency room, common sense seems to be on the side of allowing the amendment. In turn, the negligence attorney pressed, let the jury consider whether punitive damages were appropriate.

The core of the argument on appeal was whether or not there was enough evidence shown that the doctors “conduct (was) wanton”, meaning: “In conscious and intentional disregard of our indifference to the rights and safety of others.” These ‘wanton’ factors can also be sometimes described in these negligence cases as “gross” negligence, or “aggravated.” The upshot is that there is an extra hurdle in establishing a valid claim for punitive damages in cases of medical negligence.

It was not clear from the record exactly when the law firm had received this information about the (alleged) falsifying of the medical record from the emergency room. Now, much of this was unfortunate, since the argument moved from the accuracy of crucial evidence to the procedural reasons to accept or reject this evidence.

III.   New Cause of Action, No Notice

If the med mal lawyer had been able to keep the argument as to the relevance of the material, it clearly would have been allowed to go to the jury. Because arguing that the possible rewriting (to put it nicely) of the treatment was “an additional act of negligence,” the Court of Appeals determined that the doctor’s attorneys rightfully objected to the introduction of this as a new cause of action.

In fact, the original medical malpractice complaint only said: the conduct of the (doctor) under all circumstances in not personally attending and overseeing the diagnosis and treatment... in the early morning hours... when he knew or should have known that  (the) condition was serious and grave and emergency treatment was immediately called for, amounted to a reckless and wanton disregard of and indifference to” the treatment. This was where the argument utterly failed: somewhat vague language in a compliant cannot allow all evidence of aggravation or punitive damages.

IV.  The right stuff…from the start

There's one other important point that comes from this case in defining when medical malpractice lawsuits are unlikely to win on appeal. Courts of appeal do not like telling trial courts what medical evidence of wrongdoing to take. They also do not like rewriting…jury instructions. This is why experienced Med Mal law firms apply the highest possible level of skill in the pleadings and complaint itself. Structuring these legal arguments may sound vague or overly cautious, but they can be precisely where lawsuits are won and lost. Not having to try to convince a trial court judge, to amend pleadings or a complaint, as in this case, often make the entire difference in a case.

Agree or disagree with the conclusion (to limit recovery to actual damages), it is hard not to feel sympathy for the person hurt by the surgery. Proving wantonness would have been easier with evidence of falsifying records. It also seems clear that this case might have gone a different direction, if the original complaint had initially, specifically indicated the crucial factor of tampered evidence. These kind of large and complicated malpractice cases require a talented and experienced Medical malpractice law firm/ Experience allows for an appropriate investigation, to gather experts, and then face down the opposing counsel as needed.

The court clearly wrestled with trying to strike a balance between being fair to the accused doctor, while not removing the injured party’s right to some recovery. Undoubtedly, the fact that actual damages were still provided for, and that the jury could decide to give these damages, was a crucial factor in trying to reach a just conclusion.

So, if you, a family member or a loved one have been hurt in a medical or health care setting—or have questions about inaccurate medical records practice, or involving related claims or your legal rights, please contact us. You will speak with a medical malpractice lawyer who can best answer your questions. There is never a fee for this initial consultation.