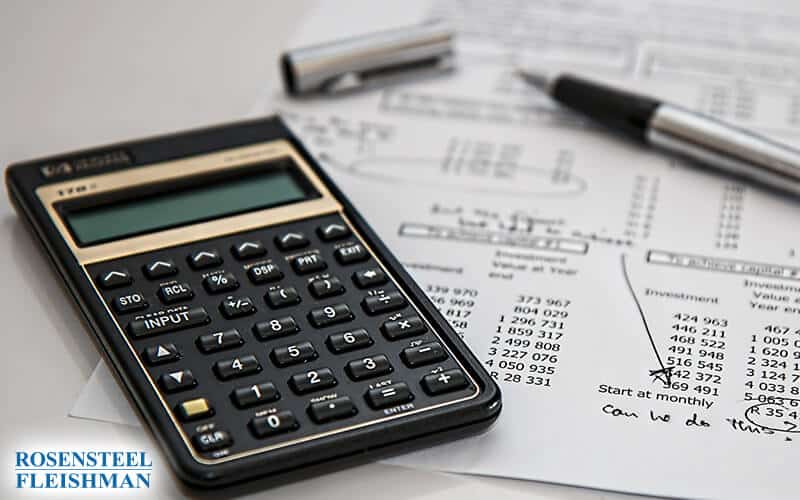 I. The Cost of Injury

Getting a proper workers compensation accounting in North Carolina may not take a rocket scientist, but it might take calculus, when it comes to Worker’s Compensation recovery, if there’s an alleged overpayment to an injured worker. Employers can be far too aggressive in challenging proper payments, and a true accounting probably will take a well-qualified workers compensation lawyer.

Possible employer claims of overpayment are among the major reasons that any injury – no matter how seemingly slight – need to be developed by an expert or qualified workers compensation lawyer. How an overly aggressive employer fought to claw back payments is shown in the following case. What started out as Ms. E’s apparently slight or simple fall eventually manifested itself into a temporary total disability, which lasted at least 43 weeks.

The reality is that an injured worker often can have no idea of how serious their injury is: a Worker’s Compensation lawyer who routinely specializes in these cases often is the first line of defense in calculating the loss of income. This is important when an employer or their insurance carrier has any idea of trying to use the amount of time that may be required to recover maximum recovery as a weapon.

This case doesn’t mean that an employer is deliberately being a bad actor. Similarly, the doctor working for the employer, who tries to argue that the disability is removed, is not necessarily trying to do something that is inherently wrong or dishonest. Instead, some employers genuinely believe that a worker has already received enough compensation. But this employer or employer doctor “belief” is not the proper way to measure adequate Worker’s Compensation coverage. Having a Worker’s Compensation lawyer often facilitates improved communication with an employer and their insurer, so that effective compromises that are fair to both sides can be worked out. So it was that in the following case, the Worker’s Compensation lawyer did more than successfully argue Ms. E.’s case on appeal. The Worker’s Compensation lawyer had already been successful, to a great measure, in showing that the right thing to do was to continue disability payments even though the claim involved a preexisting disability. The stumbling block here was how much in overpayments may have occurred. Because Ms. E. had a disability before the at-work injury, the company eventually stopped payments to her.

Some companies seek to manage their workers compensation charges by having their own internal injury fund. Some companies do this for the best of reasons: being a good cop and a better cop…trying to keep their workers healthy and in employment. Unfortunately, the motivation and use of this private company funds can, under poor motivation, be used against an injured worker. Before taking any payments or filing for benefits, an injured worker needs to talk with a workers compensation lawyer about all their payment options.

Companies don’t always behave in a consistent manner when it comes to payments to an injured worker. An experienced workers compensation lawyer realizes that Worker’s Compensation can be a literal lifeline for this kind of injured worker. This case reflected this priority for the Worker’s Compensation lawyer. One of the first things an experienced advocate will do for an injured worker is to make sure that they are receiving both maximum benefits under the Worker’s Compensation rules…and look into whether or not there are available, alternative payment systems, with low risk of overpayment. In this case, the disabled worker was entitled to access the company sickness and disability plan. This plan was created for all employees, regardless of whether the injury was on-the-job or not.

Regardless of whether an employee had a prior disability. Because of this important combined benefit, Ms. E. in this case was able to minimize the repayment amount, even as the company eventually disrupted payments for her injury.

Based on her years of service, Ms. E. was entitled to receive “all the wages that have been paid.” Ultimately, that worked out to 43 weeks. Instead, the employer attempted to interrupt her payments after 27 weeks, from the Worker’s Compensation fund, claiming that they were “overpayments” because she had also received payments form the Company fund.

In this case, the Worker’s Compensation lawyer directly quoted from the company plan, noting that it “was intended to be coordinated with potential workers compensation benefits so as to avoid duplication thereof.”

The company argued that Ms. E’s existing disability was in fact the major portion of her alleged workplace injury. This was strongly rebutted by the injured worker’s Compensation lawyer, who relied on medical testimony to establish the resulting increase in her disability. This meant that the worker’s Compensation lawyer and Ms. E. were arguing for a very significant payment: 16 more weeks of temporary total disability, or any compensation that should be paid to her for her permanent disabilities that began after the injury.

The court agreed with a Worker’s Compensation lawyer about the net unfair effect of allowing a dollar for dollar trade off in this case. An employer would effectively be able to discriminate against workers who were already disabled. This would especially show itself when comparing employees who became disabled while working for the employer, versus people in Ms. E.’s situation. This unequal treatment between disabled and nondisabled workers was clearly not intended under the set-off provisions passed by the Assembly. The court then weighed in on the issue of whether this would cause employers to begin to change, or even terminate wage benefit plans, for all disabled workers. That argument, although largely about public policy decisions, did weigh crucially into how the Court decided to interpret Assembly intent regarding offset payments or dollar-for-dollar credit.

Clearly, the pre-existing disability that Ms. E. suffered formerly had something to do with her recovery time. This is a reminder that any injured worker who also has a pre-existing or permanent disability from another cause should immediately seek out the help of an expert Worker’s Compensation lawyer. This was crucial in Ms. E.’s case, as her Worker’s Compensation lawyer established that her recovery from the workplace injury was only partial. She was determined to have a 10% permanent partial disability, both her back, and both legs. This was the amount the workers compensation lawyer established as needing repayment.

If you, a family member or a loved one have been hurt in a workplace incident—or have questions about a prior or existing disability aggravated by workplace injury, or involving related claims or your legal rights or hearings, please contact us.  You will speak with a workers compensation attorney who can best answer your questions about how your payments from different sources may relate to each other, and any risks of overpayment.  There is never a fee for this initial consultation.