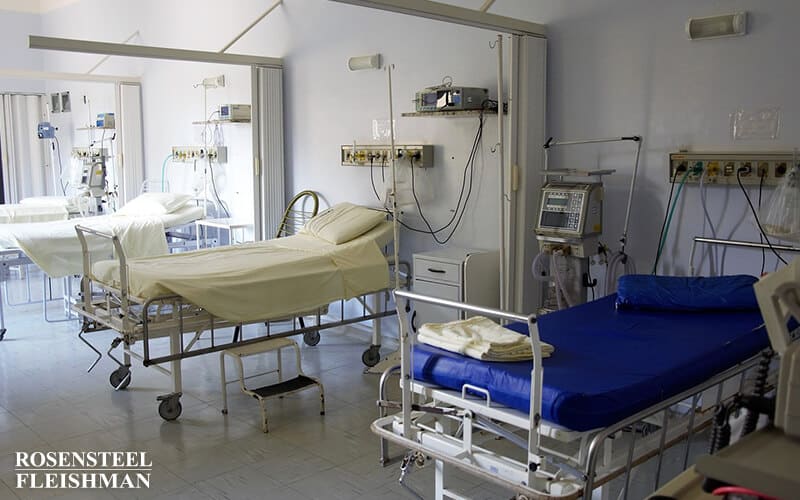 First Person to Contract Ebola in the US is Diagnosed

In case you’ve missed the news, the first person to have contracted Ebola in the United States has been diagnosed. The new patient is a nurse who treated the hospital patient, Thomas Eric Duncan, in Dallas, Texas. Duncan contracted the virus in Liberia but did not show symptoms until after he arrived in the United States. While treating Duncan, the nurse wore protective gear, including a mask, gown, shield and gloves. It is unclear how the nurse became infected. The CDC points only to a “breach in protocol.”

Clearly, health care workers are currently at greatest risk of contracting Ebola. But it is also scary to think about a potential “breach in protocol” that might spread Ebola to another patient sharing a hospital with an Ebola patient. It is not unheard of for patients to acquire bacteria infections in the hospital. The most common bacterias for a hospital patient to become infected with are C diff, MRSA, Klebsiella, E coli, Enterococcus and Pseudomonas. According to the CDC, 1 in 25 patients has a hospital-contracted infection on an average day. One study estimated that hospital infections cost the United Stated $9.8 billions a year.

Although it is far too common for a hospital patient to contract an infection during a hospital stay, it is very difficult to recover damages for injuries sustained in connection with the infection via a medical malpractice suit. Sometimes called nosocomial infection cases, these cases seem to be successful only when a plaintiff can prove that a health care provider failed to properly diagnose and treat the infection, rather than merely negligently causing the infection.

A case of hospital-contracted Ebola would have an additional hurdle. According to a professor of public health preparedness at Penn State University, out of the thousands of hospitals in the U.S., only four have been training to deal with highly infectious diseases like Ebola. They are Emory University Hospital, the Nebraska Medical Center, National Institutes of Health, and Rocky Mountain Laboratories. These hospitals have procedures in place to know exactly what to do if an Ebola patient walks in, but other hospitals are not as prepared.

The standard of care is typically established through expert testimony. The North Carolina Court of Appeals has noted that

The report of a study commission recommending adoption of N.C. Gen.Stat. § 90-21.12 makes clear that the Legislature intended to avoid a national standard of care for North Carolina health care providers:

The North Carolina Supreme Court has gone only as far as a "same or similar communities" standard of care, and the Commission recommends that this concept be enacted into the General Statutes to avoid further interpretation by the Supreme Court which might lead to regional or national standards for all health care providers.

The court of appeals reasoned that because the legislature adopted the “same or similar communities” language, “it was the intent of the General Assembly to avoid the adoption of a national or regional standard of care for health providers."  This standard "allows for consideration of the effect that variations in facilities, equipment, funding, etc., throughout the state might have on the standard of care." Furthermore, “the concept of an applicable standard of care encompasses more than mere physician skill and training; rather, it also involves the physical and financial environment of a particular medical community.”

So unless you are being treated at one of the four hospitals mentioned above (none of which are in North Carolina) for Ebola, you are being treated at a hospital that does not have procedures in place to deal with highly infectious diseases. This would make the applicable standard of care lower, and it would be harder to show that a health care provider failed to meet it.

However, let’s hope that this issue never comes up for any of us.

If you have been injured as a result of medical malpractice, contact an attorney at Rosensteel Fleishman, PLLC (704) 714-1450, to explore your options.