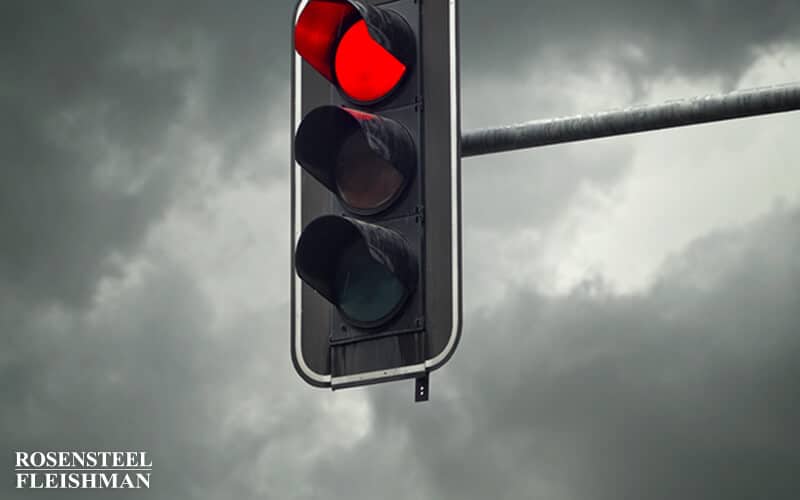 Failure to Yield at a Green Light in North Carolina

Yes, you read the title of this post correctly - failure to yield at a green light. Does that mean that you have an obligation to let other people go when you have a green light? How could that be - every preschooler knows that green means go. Well, it’s not quite so simple in terms of liability. As a motorist, you have a duty “not merely to look, but to keep an outlook in the direction of travel; and [you are] held to the duty to see what [you] ought to have seen." (Bass v. Alvarado, NC App 2011) Although generally you have the right to assume that others will obey traffic signals, the north carolina Supreme Court has held that

The fact that the operator of a motor vehicle may have a green light facing him as he approaches and enters an intersection where traffic is regulated by automatic traffic control signals does not relieve him of his legal duty to maintain a proper lookout, to keep his vehicle under reasonable control.

You do not have the duty to anticipate the negligence of others unless you see or should have seen something “which gives or should give [you] notice to the contrary.” (Bass v. Alvarado)

So let’s say that you are approaching an intersection where there is a traffic light, and the traffic light in your direction has just turned green. As you go through the intersection, you don’t look even slightly to your left or right but look only straight ahead in the direction you are headed. However, if you had looked slightly right, you would have seen a car entering the intersection on the cross street. This car does not stop at the light in its direction, which has just turned red. If you had seen the car, you would have had plenty of time to stop to avoid a collision. Because you did not look to your right and see the approaching car, your car collides with the other car and you are injured. You file a complaint against the driver of the other car seeking damages for your injuries and allege that the other driver was negligent.

To start our analysis of the facts, the driver of the other car had a duty to keep an outlook in its  direction of travel and see what he ought to have seen. Had the driver done that, he would have seen that the light was red and your car was coming through the intersection. The driver’s failure to keep an outlook directly and proximately caused injury to you from the collision of the two cars. Therefore, that driver was negligent.

The other driver will argue that you were contributorily negligent because you also had a duty to keep an outlook in your direction of travel and see what you ought to have seen. If you had looked slightly to the left and right before entering the intersection, you would have seen the other driver’s car entering the intersection. Your failure to keep an outlook directly and proximately caused injury to you from the collision of the two cars. Therefore, you are contributorily negligent.

In the case of a driver with a green light entering an intersection without maintaining a lookout, the North Carolina Supreme Court explained in Bass v. Lee that

The duty of a driver at a street intersection to maintain a lookout and to exercise reasonable care under the circumstances is not relieved by the presence of electrically controlled traffic signals, which are intended to facilitate traffic and to render crossing less dangerous. He cannot go forward blindly even in reliance on traffic signals.

The Court quoted the following passage of C.J.S. Motor Vehicles as a good statement of the rule:

A green traffic light permits travel to proceed and one who has a favorable light is relieved of some of the care which otherwise is placed on drivers at intersections, since the danger under such circumstances is less than if there were no signals. However, a green or 'go' light or signal is not an absolute guarantee of a right to cross the intersection solely in reliance thereon, without the necessity of making any observation and without any regard to traffic conditions at, or other persons or vehicles within, the intersection. A green or 'go' signal is not a command to go, but a qualified permission to proceed lawfully and carefully in the direction indicated. In other words, notwithstanding a favorable light, the fundamental obligation of using due and reasonable care applies.

So our lesson today is that, despite what you might have learned in preschool, green does not mean go - unless you look first.