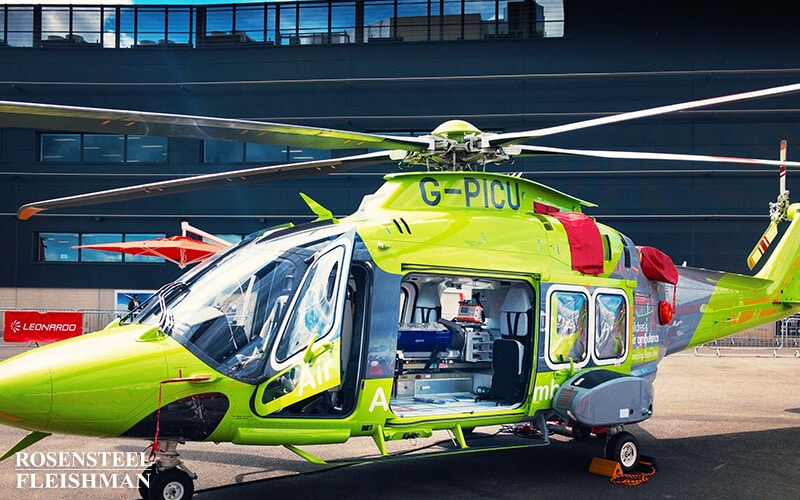 Accidents at home and at work may be a part of life. But a wrongful death attorney also recognizes that any employer negligence at the root causes of these deaths does not have to be an acceptable fact of work.

When the American economy is “open” and running at full speed, most people know, it is a good thing. There are also significant risks that occur when people work: on average, there will be over 5,000 fatal work injuries in United States this year alone. For the last five years– according to experienced wrongful death attorneys – these numbers have been steadily increasing at the rate of almost 2% per year.

II. Death From Above

Mr. Raftery went to work at a construction site as usual. There was absolutely no allegation that he had done anything wrong, been inattentive, or had been in the wrong place at the wrong time: instead, a boom attached to his employer’s aging, overhead crane broke. The falling boom struck him in the head, and he died almost immediately.

Through the later investigation of a wrongful death attorney, it was discovered that there was a defect in the crane. The defect was what is called a “hidden” defect. It was a significant and certain weak point in the construction of the crane. The “hidden” defect was not one easily seen by the construction crew or the crane owner; on the other hand, this hidden defect was virtually certain to cause failure of the crane at some point… as in fact it did on the day of Raftery’s death. In a real sense, the wrongful death attorney was to prove, the crane’s defect was a ticking time bomb.

The manufacturer then sought to shield itself from liability, based upon a different, 10-year statute of limitations: from the date of the sale of the boom 19 years earlier. The trial court dismissed the widow’s suit and her wrongful death attorney quickly appealed.

The manufacturing company had relied on a General Assembly law, which limited tort actions based on hidden defects to just 10 years. Wrongful death attorneys know that this specific limitation is somewhat arbitrary, and set by policymakers who want to be sure that manufacturers do not have perpetual liability. Otherwise, admittedly, manufacturers would find it difficult to go into (or stay in) business with the risk of being sued at any time into the distant future.

On the other hand, the wrongful death attorney pointed out, the North Carolina legislature had acted to prevent precisely this kind of injustice to injured workers. Until 1971, manufacturers actually had more protection from these hidden defects. But in 1971, the State’s General Assembly acted to shrink this protection for manufacturers. At that time, any “significant bodily harm” by a hidden defect was determined to have started the cause of action: (a) at the time of the significant injury, or (b) when the injury was discovered or (c) should have been discovered. Certainly, wrongful death is among the most significant harm that can occur. This 1971 law strongly suggested that lawmakers meant to isolate wrongful death from manufacturer immunity.

It was a close case, however. The Chief Justice had dissented, and argued that the 10-year hidden defect limitation should apply in this case. Because of these narrow interpretations between wrongful death and hidden defect cases, it is absolutely crucial for injured employees or their survivors to only work with the most qualified of wrongful death attorneys.

This is an important case in protecting workers and/or their survivors from wrongful death, or other legal issues associated with faulty or defective equipment. It also helps protect other injuries. For example, head injuries are not always accurately or adequately reported when an accident occurs at work.

The wording of this case also left open the possibility that an injury that was not apparent might (instead of two years from the injury) be covered by the ten-year, hidden defect language. That is to say, for example, if Raftery had gone into a coma instead of dying, his widow might have actually lost the ability to sue the manufacturer. So, wrongful death attorneys also recognize that the longer someone waits after a blow to the body, even if not fatal, the more the employer or manufacturer may seek to deny their actual liability. Therefore, after any significant blow to the head at work, it is important to stop and consider whether or not unseen but gradual damage has been caused.

Short of wrongful death, cases may also involve claims for Worker’s Compensation, negligence, or even (where the person is an invited guest or subcontractor) premises liability. Any of these potentialities are good reason to seek the advice of a wrongful death attorney who successfully specializes in negligence suits.

The number of wrongful death accidents at American construction sites is sobering to the attorneys who specialize in the field. For every 100,000 full-time workers, the ‘fatal work rate’ in America always hovers at between 3% and 4%.

If you, a family member or a loved one have been hurt in an accident related to poor site maintenance, aging or catastrophic equipment failure, or faulty construction, please contact us.  You will speak with a wrongful death or liability attorney/ lawyer who can best answer your questions.  There is never a fee for this initial consultation.