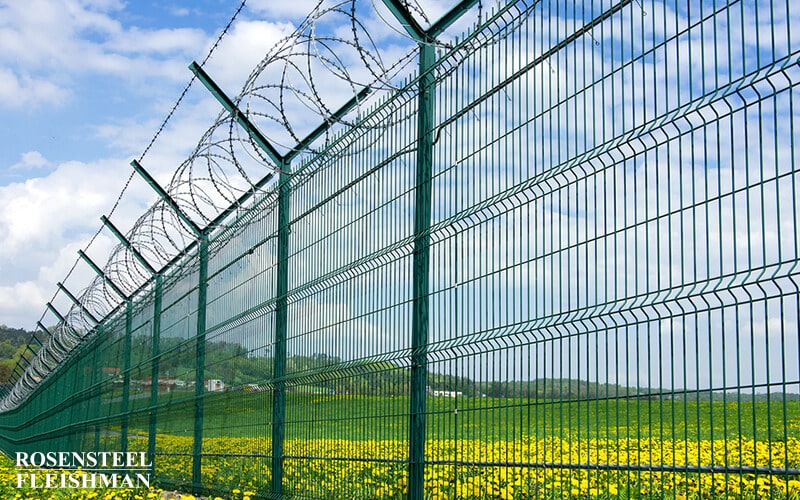 When electricity was first developed in America, one of the greatest obstacles in adopting it was with simple safety questions. The public was frightened to use electricity. Some people from the pulpit even declaimed electricity as a sort of devils’ invention, which would lead to all kinds of occasional harm and mortal dangers. Ultimately, Thomas Edison helped prove the efficacy of electricity in what (now) seems to be a bizarre way: he bid for and won New York State’s first electric chair contract. Electricity was seen as a more “humane” way of ending life than a firing squad or hanging.

To this day, electricity remains one of the greatest sudden dangers to specific occupations in America. At least one thousand serious accidents every year, involving some type of electrical shock or electric burns are reported to various state agencies. At least three dozen of these are fatal. Because of the inherent danger in electricity (any contact with an overhead or underground power cable can be fatal) the workers most identifiable as at-risk are contractors. Yet, wrongful death cases can involve any office worker with significant technology use, such as requiring insulation or outdated asbestos.

Charlotte wrongful death attorneys who deal with these cases in and around North Carolina also know that there need to be better safeguards to prevent not only death, but serious injuries that often lead to shortened lifespans. When those safeguards fail, a Charlotte wrongful death attorney is the best way to keep an employer from avoiding their liability.

A wrongful death lawyer or attorney in North Carolina actually has some powerful ammunition on their side. General statutory provisions cover issues that are important in these cases: ranging from hospital and medical expenses, to being able to bring all claims related to exactly what caused the accident or serious injury.

Any person whose death is by a “wrongful act” survives in one figurative way: to the injured person’s appropriate representative (usually a family member) after loss of life. This survivor’s right can also mean that time is crucial in bringing these cases, and should encourage anyone who is working with the surviving family to contact an experienced Charlotte wrongful death attorney as soon as possible.

This case, for example, eventually saw the contractor attempt to place the blame for the accident squarely on the deceased worker. This was done under a policy of contributory negligence. This itself can often place an enormous emotional burden on the survivors and family members. Dealing with this emotional fallout is something that an experienced attorney will also help address as the case goes forward.

The wrongful death attorney built a strong case here by addressing the lack of major, reliable, eyewitnesses. Additionally, the attorney also learned enough about the work site and workplace practices to help explain what had happened. One of the witnesses (Wilson), was actually used by the defendant contractor to attempt to blame the deceased electrical worker himself, Mr. Howard, for the accident. This testimony was effectively rebutted by the wrongful death attorney by means of physical evidence, related to industry practices and equipment use. Because the control of this site and equipment after an accident is under the control of defendants, it is absolutely essential to contact an experienced wrongful death attorney as soon as possible to help preserve this physical evidence. Additionally, evidence can be gathered from the accident site itself. Working with onsite investigators at the time of the accident can also lift an enormous burden from grieving family members who want to know what happened and why?

One reality in these kinds of cases, involving electrical injuries, is that the injury often may occur without any “yes on” the actual incident. But an expert or witnesses may also speak to related events occurring at or near the time of the injury; particularly, in electrical injuries, the wrongful death attorney showed, sounds and even impressions of light or arcing may be notable, but hardly conclusive.

The contractor used Wilson to state that the boom in which Howard died was stopped about12 to 18 inches from the wires. Indeed, Wilson did see, the wrongful death attorney conceded, that Howard had pulled the cable towards the power line…but, that there had been no actual harm at that final observed point. One other witness had been generally aware of the movement of the boom itself , and he testified to the Charlotte attorney that “there seemed to be only a slight hesitation as it got very near the power line and then it moved closer to the power line and the next thing I knew there was an electrical buzzing and arcing noise.”

Even with this testimony, the wrongful death attorney pressed, it was crucial, that there had been no actual witness to Howard doing anything wrong. There had to be actual physical contact between the power line and the finger or so-called hook of the pipe section, which was being deployed. Lacking this specific evidence, the jury agreed with the argument of the attorney. Howard could not be Held to be contributorily negligent for any injury.

There was simply no credible witness testimony or expert reconstruction to that effect, the Charlotte wrongful death attorney had shown. In agreeing with this argument, the North Carolina Supreme Court noted that Wilson's testimony in particular had been impeached by evidence presented by the attorney. The proper weight attached to such a crucial issue of contributory negligence by an adverse witness was in the hands of the jury.

The wrongful death attorney had protected the award on behalf of the deceased worker.

The success of the attorney in this case probably was based on the lack of evidence about exactly what had caused the injuries. Although several people speculated about how the contact was made, the wrongful death attorney successfully emphasized that there was only one person's testimony: Wilson Had basically shown that it was a mere  allegation that Howard made contact between the power line and the cable.

This case dealt with the horrible outcome of a work setting, with allegations of improper supervision and site safety. It’s worth noting that Charlotte wrongful death attorneys encounter the scenario in many different settings. The variety of injuries from electrical dangers can occur while routinely shopping, equipment bought or leased for office functioning, or even while visiting a friend’s home for a celebration. The point is that any type of serious injury should be an occasion to talk with them and experience Charlotte wrongful death attorney. Hopefully, there has been no critical or fatal injury in the examples just cited: however, it’s important to note that taking these early proactive steps to talk with an experienced wrongful death attorney often helps prevent tragic cases such as we’ve looked at today from reoccurring. If you, a family member or a loved one have been hurt in a workplace  incident—or have questions about a prior or recent accident related to a motor vehicle, or involving related claims or your legal rights or hearings, please contact us.  You will speak with an auto accident/ workers compensation attorney who can best answer your questions about how your cases may relate to each other.  There is never a fee for this initial consultation.