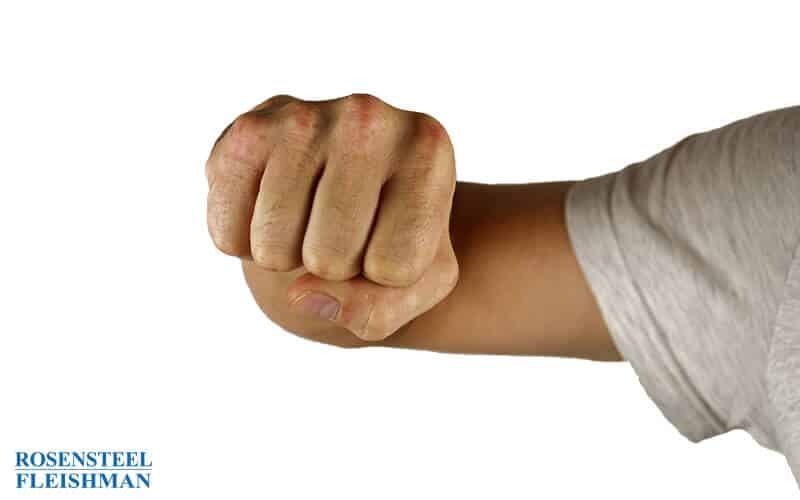 Crossing the line: suing in civil court for criminal acts

I. High Crimes and Law Suits

There is no doubt about it. A line between the way civil courts and criminal courts operate is often seen as a one way street. People who had the misfortune to be a victim of a crime also know that there is often a hollow feeling after a guilty verdict is entered. For anyone who follows major civil rights violations in America, one of the more interesting aspects of the law asks: when should the victims of a crime consider suing in civil court? The answer may well be: most of the time.

It should come as no surprise that one of the major problems with a successful civil suit is picking the right negligence attorney or experienced litigator. As with every other time sensitive matter in law, it's absolutely essential that you seek expert legal help as soon as possible. Important rights in a civil trial can be lost if not adequately addressed in an earlier criminal proceeding. The following case for example discussed an incredibly brutal criminal act, for which civil claims were later only partially protected in a separate lawsuit. Whether part of this failure in civil suit came about because the defendants were variously released from prison after years, is not known from this published case record. The time-barred claims (statutes of limitations) of this case should certainly encourage anyone to quickly seek the civil litigation help they need. Even right after a criminal assault.

II.  Broken trust beatings: homes where the hurt is.

When talking about the possibility of a criminal case turned into a civil matter, there seems to be one most common instance. When there is a significant physical beating involved. Certainly, in the last several years, increased attention has finally been paid on when civil lawsuits can be filed by a negligence attorney against particular businesses or entities, such as police. A common trigger for many of these lawsuits has been assaults by employees. These lawsuits have tended to name not only the person who actually committed the battery or assault, but also possible negligence in how they were trained or supervised. Certainly, another of the areas where people may increasingly consider a civil suit is in domestic relations. Instances of where spousal abuse has occurred may give rise, following an arrest, to a civil claim as well.

Consistent with these sorts of broken trust beatings, was the case involving parents. These parents felt that their teenage daughter had been “taken advantage of” by a 31-year-old male. The record does not say when the relationship had started. But the high school girl began seeing, and then having intimate relations with, a man older than her. They shared, sex, alcohol, and marijuana. After finding out about these unwelcome activities, a husband and wife managed to put together a team of several people. They tricked the 31-year-old out into the woods, where four men wearing ski masks began to methodically beat him. They eventually handcuffed him to a piece of farm machinery. The highlight of the evening was that the group considered and discussed---even took votes--- on whether to “kill or castrate...” the man. Unmasked, the husband and some friends were sent on a vacation at state expense.

Years passed, and the beaten man recovered. He also decided to sue the people who had attacked him. After the beaten man's claims were given a mixed reception at trial court, the negligence attorney representing him appealed the case, eventually, all the way to the Supreme Court of North Carolina. Once again, but finally this time, much of the negligence case was dismissed. The case simply should have been brought sooner. This civil block to recovery also contrasts with how a criminal case is usually conducted. Even with the higher standard of proof required in a criminal case (beyond a reasonable doubt), the people who were accused of beating this man were found guilty criminally. But because of these procedural defects, the right to a full civil case (only requiring a preponderance of evidence) was largely lost.

Thus, it's worth noting that admittedly proven---even horrific instances of beatings---are not decided on the basis of how bad the crimes are. Additionally, it is worth being sure that your negligence attorney or litigation firm that is handling any type of intentional infliction of mental distress has a deep litigation experience. This includes vast knowledge of Civil Procedure and what is called motions practice.

We have been discussing the increasingly common criminal matters that leads to a civil lawsuit. There are also another set of circumstances , much more unusual, but definitely worth noting. Is it possible for a civil matter to turn into a criminal case, rather than what we have been discussing here? Yes, and it has special complications: requiring only the most qualified civil practice lawyer you can find in Charlotte.

IV.  At the Least, Justice, At the Last: Experience Counts

The differences between trying to find ‘justice’ in a criminal court versus in civil court can be frustrating. The fact that criminal trials have higher standards of proof for what appears to be plain evidence is one major difference. The timeframe for bringing these suits and obtaining adequate testimony from records, such as police involvement, can be frustrating as well.

But as this case indicates, the worst thing to do is to wait too long to consider bringing a civil suit. Having knowledge of someone's criminal behavior may implicate a person in that behavior. A civil attorney who has experience in negligence law to bring these suits, also needs the litigation experience and several other fields of law…including, potentially, criminal law.

An experienced Charlotte litigation firm is mindful of the constant twists and turns these cases take. For example, if criminal allegations arise between or amongst parties who are on familiar or intimate terms: husband and wives, business partners or family members. In these situations, there is a possibility that the blame game will start, and a civil case might fall apart without a qualified litigator.

If you, a family member or a loved one have been hurt in a violent or emotional incident—or have questions about a prior or recent attack of any kind, or involving related claims or your legal rights or hearings, please contact us. You will speak with an expert negligence recovery attorney who can best answer your questions about your case. There is never a fee for this initial consultation.