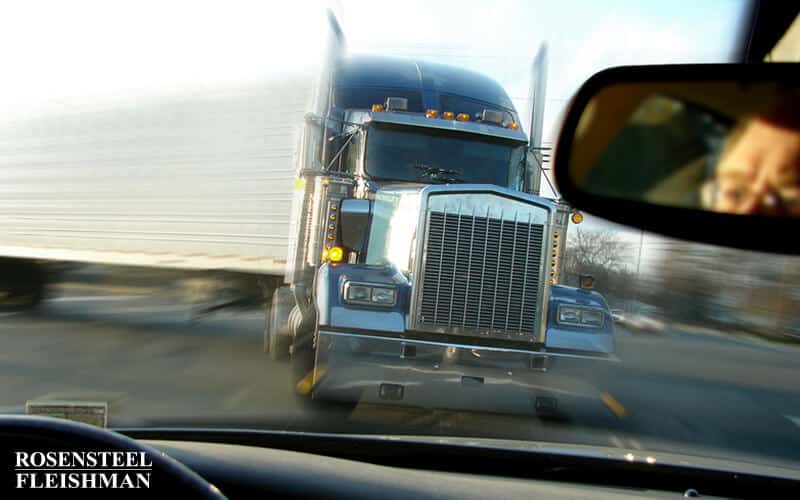 Last night, a tractor trailer truck filled with empty chicken crates veered off the road and crashed into a Rite Aid in Monroe, North Carolina.  The fuel tank of the truck ruptured and HAZMAT crews responded to the scene of the crash.  Although the store sustained substantial damage, fortunately, the two employees who were inside of the store at the time of the crash were not injured.  But what if the situation had not been so lucky?

If someone in the store had been injured when the truck crashed into the Rite Aid, that person would have to show (1) a legal duty of care owed by the defendant to the plaintiff, (2) a breach of that duty, (3) actual and proximate cause and (4) injury.  Actual cause is the “cause-in-fact.”  North Carolina case law has defined proximate cause as “a cause which in natural and continuous sequence, unbroken by any new and independent cause, produced the plaintiff's injuries, and without which the injuries would not have occurred.”

Right now we don’t know a whole lot about the cause of the accident, which remains under investigation by the authorities.  Let’s suppose that the truck driver was speeding and because he was speeding failed to navigate a curve in the road, causing him to veer off the road and then crash into the Rite Aid, injuring the two people inside.  In this case, he was per se negligent since he was violating traffic laws by speeding.  His negligence was the actual and proximate cause of the two people’s injuries.

What if instead of speeding, the truck driver was violating various safety regulations and had been driving longer than he should have been.  As a result, the truck driver was tired and dozed off at the wheel.  The truck veered off the road and crashed into the Rite Aid, injuring the two people who were in the store.  The analysis here is fairly simple.  When we drive we owe a duty of care to others.  The driver of the truck breached this duty of care by driving while so fatigued that he would doze off at the wheel.  His fatigue was the actual and proximate cause of running off the road, crashing into the store and causing the plaintiff’s injuries.

What if the truck driver had been driving longer than he should have been under various safety regulations, but there was no evidence of fatigue?  In 2013 case decided by the NC Court of Appeals (Fulmore v. Howell), the court did not seem quite ready to infer negligence per se from violation of safety regulations in the same way that it infers negligence per se from violation of traffic laws.

Let’s change the facts of our scenario and suppose that the truck driver was still violating various safety regulations but, although he was fatigued, he did not doze off at the wheel.  Instead, he veered off the road when confronted with an oncoming vehicle in his lane of traffic, after which he crashed into the Rite Aid and injured the two people in the store.  This is very similar to the facts in the Fulmore v. Howell case.  Under the analysis provided in that case, the element of causation is lacking because the breach of the driver’s duty to drive while not fatigued was not the cause of his veering off the road.  The cause of the injury was swerving to avoid an oncoming car.

Applying this doctrine to our scenario, it is clear that 1) an oncoming car in his travel lane is a situation which would compel the truck driver to act to avoid collision or injury and 2) the truck driver did not create this situation by his own negligence.  Under the sudden emergency doctrine, even if truck driver could have avoided the crash by swerving left instead of right, he still would be protected by the doctrine.  North Carolina cases:

“reveal that motorists who have been confronted by an automobile approaching in the wrong lane have, on occasions, (1) continued straight ahead, (2) turned to the right, (3) turned to the left, and (4) stopped․ In applying the doctrine of sudden emergency, the courts have not been inclined to weigh in “golden scales” the conduct of the motorist who has acted under the excited impulse of sudden panic induced by the negligence of the other motorist.”

One last change to our facts: what if instead of swerving to avoid an oncoming car, the truck driver swerved to avoid a deer in the middle of the road?  The purpose of the sudden emergency doctrine is not to prevent injury to animals, but to people.  However, it is possible that in hitting an animal, injury could be sustained to the driver of the car or other drivers on the road.  North Carolina courts have instructed that the sudden emergency doctrine does not apply “if only a non-human animal is in danger” but it should apply when a driver is “suddenly and unexpectedly confronted with imminent danger to himself or others” which can happen as a result of hitting an animal in the road.  It seems that this analysis would depend on what type of vehicle the driver was in, what type of animal was in the road and who was around the potential collision with the animal.  It is unlikely that the driver of a tractor trailer truck would sustain injuries by hitting even a rather large animal such as a deer, but if there was another car near the potential collision, this analysis might change.

It will be interesting to see if we find out more about the cause of the accident last night.  In the meantime, we can be thankful that no one was injured in the crash.