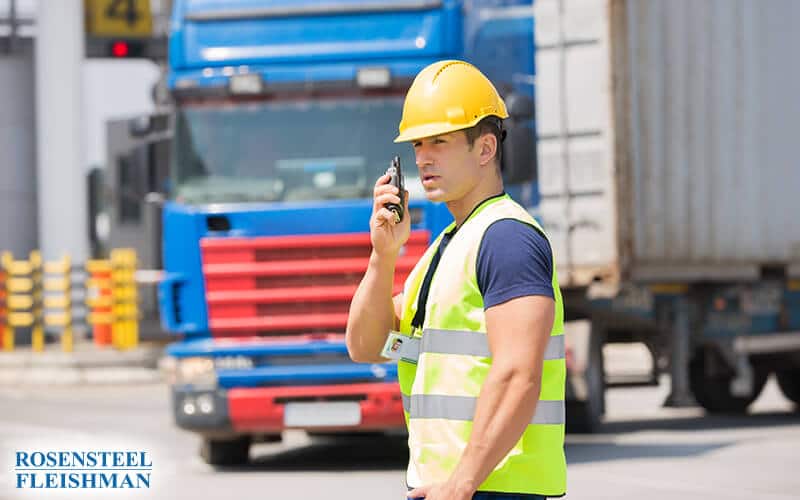 Tractor-trailer rigs in trucking are big parts of the North Carolina economy. When something goes wrong, they are also often big trouble. Being able to deal with the complexities of the liabilities caused by a big rig or semi-truck accident means victims should talk with the most experienced trucking accident lawyers.

One of the common mistakes people make is to think only of the people outside of the truck who were hurt. In one interesting case, from Richmond County, a passenger riding in the truck was hurt. This injured party was also a potential witness regarding questions of if the truck driver had been drinking or otherwise inattentive. As if this wrinkle were not enough to require the expertise of a truck accident attorney specialist, yet another, bigger issue arose.

There had been several people hurt outside of the truck as well, which is quite common, given the size of the rigs involved. The issue became: who had a right to file first in Richmond County Superior Court. The truck’s passenger or an injured driver of a struck automobile? The injured auto passenger actually filed first. The injured truck passenger, however, filed shortly after. He asked the court to let his case proceed first, owing to its being a simpler case.

These issues of where and when to file can be absolutely crucial, and underscore the need to get expert truck accident advise as soon as possible.

In legal terms, the truck accident attorney argued that it was incorrect to have held the injured woman’s keys “in abeyance,” while the trucker’s passenger was given first bite at recovery. This issue was more than a question of first in time, first in line. Instead, important issues about what happened during the accident and the facts that caused the accident were in play. Facts in one case may become settled issues of law in a later claim. In other words, one case will definitely have certain consequences in any subsequent cases. Being sure that your attorney is well-versed in trucking accidents, and the potential of other litigation, is one of the reasons that a truck accident attorney needs to have special skills in this area.

It was midafternoon on a Sunday in January. The most severely injured passenger was to be a 20-year-old girl riding in a friend’s Chevrolet, going west on County home Road near Hamlet, North Carolina. At that time, the road was only 18 feet wide and had 6- or 8-foot sand and gravel shoulders. At the same time, the truck (­­driven by Homer Parish and with his passenger, Frank) was coming on in an easterly direction. Evidence gathered by the truck accident attorney showed that the day was fine and the road, dry. Furthermore, the truck accident attorney showed that the actual site of the collision itself was level to the eye for both drivers, and straight. There was evidence of only one other automobile near the scene of the accident, which was at least 200 feet behind the truck.

The truck accident attorney had, with difficulty, managed to obtain some of the most crucial evidence of all about the trucker’s apparent problems that day.

Although it was unable to be fully developed at trial by the truck accident attorney in this case, there was an important issue regarding allegations of the trucker’s possible prior drinking while driving a truck. Perhaps owing to the fact that the small town did not have the adequate resources, there was no evidence of actual intoxication. However, the truck accident attorney in this case satisfactorily raised other implications based upon the trucker’s present poor driving. The testimony of the patrol officer, as well as the medical staff, proved invaluable. The truck accident lawyer had shown that his case was fully developed and ready for trial.  At the same time, the high court was very mindful not to base a decision (it did allow the auto passenger’s case to proceed first) on the basis of past drunk driving citations against the trucker. This was yet another instance where an experienced truck accident attorney successfully recognized both strengths and weaknesses of the case on appeal.

Conclusions:    There is often a fine balance between challenging a lower court ruling and respecting a judge’s trial court process. An experienced truck accident attorney recognizes that judges want to make sure that everyone is heard appropriately. The balancing part of this on appeal is that trial court judges are regarded as instrumental and crucial and deciding what is true and what facts need to be presented and in what order. In this case, the truck accident attorney was successful in striking this balance.

When a driver is distracted, he may not be able to react quickly enough to changing road conditions or other hazards, such as pedestrians or other vehicles. This can lead to accidents that can cause serious injury or death. The issue of truck drivers falling asleep on the roads is a serious and often overlooked […]