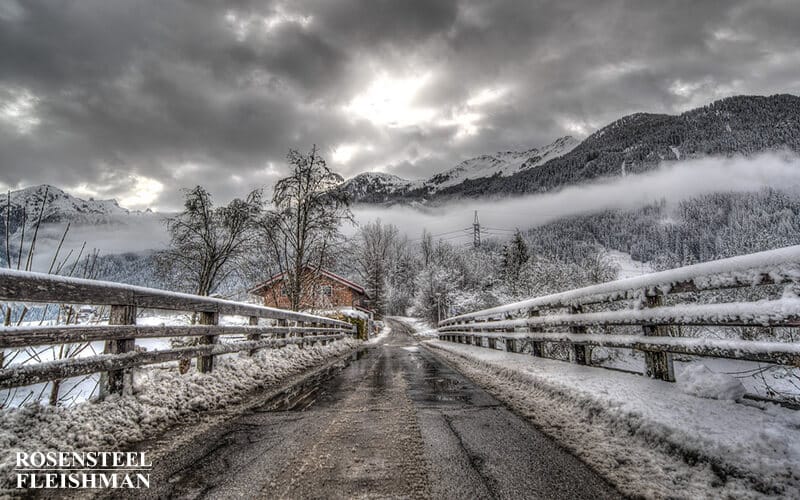 Car accidents in the United States happen frequently. Car accidents can be caused by any number of factors. Bad weather can increase the likelihood of being involved in a serious car accident. The National Highway Safety Transportation Board estimates that approximately 21% of car accidents are the result of bad weather. Of those, approximately 70% occur when the pavement is wet pavement, during rain.

In 2017 and 2018 major winter storms hit much of the southeastern United States, including North Carolina. In the case of the 2017 storm, North Carolina’s Governor reported that more than 260 car accidents occurred between the hours of 12am and 6am. In 2018, it was reported that the State Highway Patrol had responded to more than 2,000 car crashes and 35,000 calls for help. Surprisingly though, winter conditions, like snow and sleet, lead to a smaller percentage of bad weather accidents than rain does, comprising only about 18%. This may be because bad weather accidents tend to result in a large number of accidents occurring at one time and in a short period of time.

When people are involved in car accidents because of the weather, it is easy to blame the weather conditions as a way to avoid blame, and ultimately liability. However, it is often bad weather combined with unsafe or inexperienced driving that leads to accidents.

North Carolina is unique in that it is a contributory negligence state. In North Carolina, if the plaintiff (the person claiming damages) was at all responsible for the car accident, then they cannot recover damages. Even if the plaintiff was only 1% at fault, liability will be precluded. Take, for example, a situation where one driver (the plaintiff) is approaching an intersection and the traffic light turns yellow. The plaintiff does not stop and gets hit by a driver (the defendant) doing 90 in a 45 mph zone who runs a red light. Obviously the defendant is at fault, first for driving over the speed limit and second for running a red light. Assume that the plaintiff could have braked in time to stop at the light rather than going through it. Also assume that the plaintiff was injured and brings a claim against the defendant seeking damages. In most states, the plaintiff would likely succeed in his/her lawsuit and recover at least some damages, even if it was determined that the plaintiff was partially at fault for proceeding through the yellow light. In North Carolina, and the handful of other states that follow the contributory negligence doctrine, the plaintiff would likely be precluded from recovering damages because he/she was partly at fault for proceeding through a yellow light.

Similarly, the weather is a circumstance that changes frequently. A reasonable driver driving on a clear sunny day would, or should, be driving differently than a reasonable driver on a snowy or icy day. Part of the duty to act with reasonable care includes adjusting driving based on the weather. Proving that it was the defendant, and not the weather, that led to a car accident is key to having a successful claim. The following are examples of arguments a plaintiff could put forth to show that a defendant failed to act reasonably and that damages should be awarded:
in a particularly snow prone area - failing to put snow tires or chains on a car
in rainy weather - failing to use headlights
in rain, snow or sleet - failing to have working windshield wipers
in icy weather - failing to scrape the ice from all windows
in any weather, or at night - failing to have functioning headlights or taillights
in any bad weather - failing to reduce speed. The speed limit on a road might be 45mph. On any given day, depending on the weather conditions, 45 mph might be a reasonable speed. On an icy day or snowy day, 45 mph is likely too fast. While a defendant will be able to show that they did not violate the law by going 45 mph, it is likely that it will not matter. On an icy or snowy day, a reasonable driver in the same situation would not drive 45 mph and therefore liability could be imposed.

There are times where it might be impossible to show that the defendant’s actions, and not the weather, led to the car accident. For example, on an icy day, a defendant might be driving slowly and cautiously but hit a patch of black ice, be unable to stop and hit another car. In that scenario, a defendant might successfully avoid liability.

To mitigate car accidents when the weather is bad, drivers should take precautions including:
staying off the road if at all possible
leaving extra time to get to a destination
making sure that windshields, and car roofs, are clear of snow and ice
braking early and gently when approaching a light or stop sign
leaving extra space between cars
not driving while distracted, tired or drunk

Car accident cases are fact intensive and it can be difficult to show that the weather was not the cause of an accident. The Charlotte, NC based lawyers at Rosensteel Fleishman, PLLC are experienced car accident attorneys who can help you understand your rights and whether or not you have damages and should proceed with a claim. Please contact our office at 704-714-1450. There is no fee for an initial consultation.