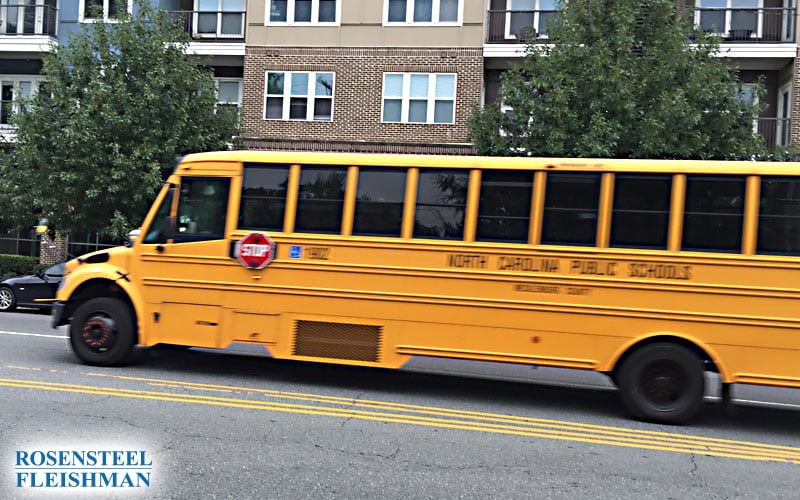 Back to School Safety

Children across the United States have settled back into school. They are involved in after-school activities and sports. That means that any given time throughout the day,  the roadways and sidewalks are more crowded than usual. There are more children walking or bicycling to and from school, more parents driving their kids to or from school or to sports or other activities, newly licensed teenagers driving to and from school and activities and school buses. Unfortunately that also means more car, pedestrian and bicycle accidents.

Data released by the National Highway Safety Transportation Administration (NHTSA) for 2019, the most recent available, shows the following for pedestrian accidents involving kids:

Until 2013, the number of pedestrian deaths involving children was on the decline. It has risen significantly since that time. This increase has been attributed to a number of factors including distraction and engaging in unsafe behaviors.

Tweens and teens in particular, who account for the largest number of pedestrian deaths, are more likely to be distracted while walking, oftentimes looking down at their phones and texting while walking and therefore not paying attention. People walking and texting or looking at their phones are more likely to cross the street without looking up and more likely to be hit and injured by a car. In addition, more and more children are using headphones or earbuds while walking which is not only distracting but limits their ability to hear oncoming traffic or cars who may honk to warn them if they step out into the road or engage in other unsafe behavior.

A Safe Kids Worldwide observational study showed that in addition to distracted walking, teens and tweens are more likely to engage in unsafe behaviors while crossing the street including:

According to the NHTSA’s data, school buses are safer than cars. The NHTSA estimates that children are 70 times more likely to arrive at school safely if they are traveling on a school bus. However accidents still happen involving school buses and often as a result of motorists not following the law when they encounter a school bus. In every state in the United States it is illegal to pass a stopped school bus. In spite of this, estimates show that motorists illegally pass school buses 15 million times per year.

Often school buses indicate that they are preparing to stop first by putting on their flashing yellow lights. That is an indication to nearby drivers that they should slow down and be prepared to stop, not that they should speed up and try to get past the bus before the red lights or extended stop sign or arm come out.

School buses are large vehicles and it is not always easy for the driver to see children, therefore, in addition to cars having to follow the above rules of the road, children and their parents should take certain steps to avoid being hit by a bus or a car. These include:

Drivers who fail to follow school bus safety rules and injure or kill someone could find themselves subject to a personal injury or wrongful death suit. In addition, North Carolina law imposes the following:

Pedestrian accidents and car accidents happen frequently. The Charlotte, NC based lawyers at Rosensteel Fleishman, PLLC are experienced pedestrian and car accident attorneys who can help you understand your rights and whether or not you have damages and should proceed with a claim. Please contact our office at 704-714-1450. There is no fee for an initial consultation.