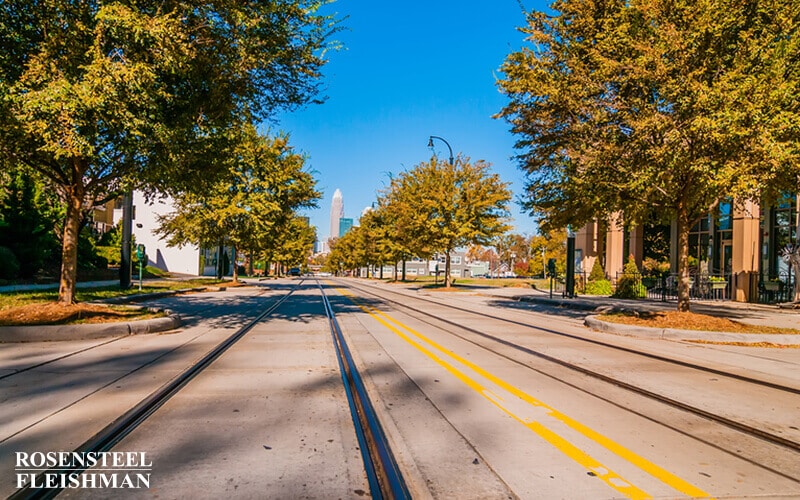 WSOC-TV reports that a thirteen-year-old boy was hit by a van while crossing the street in Concord on Friday night. The thirteen-year-old had just left a high school football game and was jogging across the street in a crosswalk. The driver of the van was sixteen years old, and there is no indication that the driver was using a cellphone or speeding at the time of the accident. The investigating officer stated that it was possible that other vehicles turning left into the high school blocked the sixteen-year-old driver’s view of the pedestrian. The pedestrian suffered serious injuries but is expected to make a full recovery. The officers stated that they will check with the district attorney before filing charges. In the meantime, let’s take a look at the driver’s potential civil liability.

A “motorist driving upon the highways of this state is bound to a minimal duty of care to keep a reasonable and proper lookout in the direction of travel and see what he ought to see.” (Holbrook v. Henley, NC App 1995) Furthermore, north carolina statute puts the duty on any motorist to yield to a pedestrian in a crosswalk. G.S. 20-155(c) states that

The investigating officer stated that it appeared that the other vehicles turning left into the high school blocked the driver’s view of the pedestrian, which indicates that even if the driver was maintaining a proper lookout, he would not have seen the boy crossing the street. The North Carolina Supreme Court looked at a case similar to this (Dixon v. Lilly 1962) involving a young child who darted out in front of a moving vehicle from in between two parked cars, so that the vehicle’s driver could not see child before the child was in front of the moving vehicle. (Note that the duty to exercise reasonable care and proper precaution in connection with a child pedestrian is even higher than to other pedestrians.) The Court termed this the “sudden appearance doctrine” and stated that

Drivers or owners of motor vehicles are not insurers against all accidents wherein children are injured. Accordingly, a driver proceeding along a street or highway in a lawful manner using ordinary and reasonable caution for the safety of others, including children, will not be held liable for striking a child whose presence in the street could not reasonably be foreseen. He is not required to anticipate the appearance of children in his pathway, under ordinary circumstances, from behind parked automobiles or other obstructions.

Thus, when a motor vehicle is proceeding upon a street at a lawful speed, and is obeying all the requirements of the law of the road and all the regulations for the operation of such machine, the driver is not generally liable for injuries received by a child who darts in front of the machine so suddenly that its driver cannot stop or otherwise avoid injuring him.

Alternatively, let’s suppose that our analysis indicated that the pedestrian was visible and the driver was negligent in failing to yield the right-of-way to him. The facts reported state that the 13-year-old boy jogged across the street within a crosswalk. However, what if the boy jogged across the street without looking first to see if cars were coming? If an adult pedestrian stepped into a crosswalk to cross a street without first looking to see if there were cars, this could be considered contributory negligence which would bar his recovery of damages. However, children are not held to the same level of care as adults are. The North Carolina Supreme Court has stated that ““[t]he age of a child is of significance primarily as a mark or sign of his mental capacity to understand and appreciate the perils that may threaten his safe being.” (Watson v. Green 1958) The Court went on to state that

a prima facie presumption exists that an infant between ages of 7 and 14 is incapable of contributory negligence but [this] presumption may be overcome… [A]s a matter of law a child under 7 years of age is incapable of contributory negligence, not especially because of analogy to the criminal law that a child under that age is not capable of committing a crime, though this reason is frequently given, but because a child under 7 years of age lacks the discretion, judgment and mental capacity to discern and appreciate circumstances of danger that threaten its safety.

In addition, in this particular case, there are other potential issues since the driver was under the age of 18. Drivers under the age of 18 have provisional driver’s licenses which are subject to certain restrictions. G.S. 20-11 states that a limited provisional license is for people who are between the ages of 16 and 18 and have not been driving at least 6 months. Among other restrictions, those with a limited provisional license are restricted from driving after 9:00 p.m. unless they are driving to or from work or are driving to or from volunteering with an emergency fire or rescue organization.

The article states that there was no record of cell phone usage at the time of the accident, but if he had been using a cell phone, he would have been violating a statute enacted for safety purposes, which would make him negligent per se. In that case, the violation of the statute shows the failure to comply with a duty to exercise reasonable care and only causation between the statute violation and the injury must be proven.